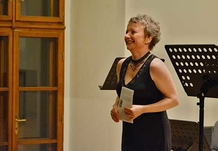 The 15th year of the cycle of concerts of ancient music with the title Barbara Maria Willi Presents… is starting today. The concerts will take place as is traditional in the Convent of the Merciful Brethren.  more

The Ensemble Opera Diversa is presenting the premieres of four concertos for milanolo and strings. Under the baton of Marián Lejava the violinist Milan Paľa will be performing, presenting his five-stringed violin with an added lower viola string. This is the first project of the annual concert series SLOVAKIA in BRNO.  more

Ghost of You Christen Their New Album Black Yoga 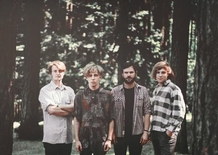 The Brno psych-pop group Ghost of You has brought out their new album Black Yoga, which they are christening in the Fléda club. Part of the concert will also be a light projection. The Serbian rock band Repetitor will be special guests.  more

Seminars on children’s folk ensembles and folk dancing in Brno and its surroundings.  more

With Ash Wednesday, which this year fell on 14/2, ended for us the period of revelry linked to it – parades, feasts and other forms of entertainment. The four-week period of Lent has begun, culminating in the celebration of Easter. The last few days before Ash Wednesday are the time of masopust, fašank, vostatek and končiny. These are all Czech local names for traditional processions and costumed celebrations. The festivities have a very long tradition of celebrating the solstice, predating Christianity and reaching far back into antiquity. They take place in various forms throughout Europe. In South Moravia there are several places where the folk tradition of the celebration of fašank has become famous thanks to its specific form. The best known of these is the village of Strání, where for the whole weekend until Tuesday’s burial of basses a Festival of Masopust Traditions takes place.  more

Circus is Coming to Brno: International Festival of New Circus, Theatre and Music

A big circus tent is now standing in the Lužánky park; until June this year it will play host to New Circus shows, theatre performances and concerts.  more

The Balladine Dance School is Opening its Summer Semester of Dance 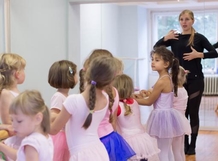 From mid-February Balladine will be starting the summer semester dance courses. The courses are for children and for adults of all ages.  more

The ProART company is seeking dancers from Brno with experience in modern and contemporary dance, including improvisation.  more

The JazzFestBrno international music festival has revealed its programme for the 17th year, which will last from 1 February to 10 May 2018. Along with the earlier announced concerts by Wynton Marsalis, Avishai Cohen, Brad Mehldau and Donny McCaslin there will also be other famous names in jazz like the big band of Christian McBride, the guitarist Kurt Rosenwinkel, the drummer Omar Hakim, the pianist Kenny Barron and Vincent Peirani.  more

News: Today the Design Team Signed a Contract with Brno’s Leaders for a New Concert Hall