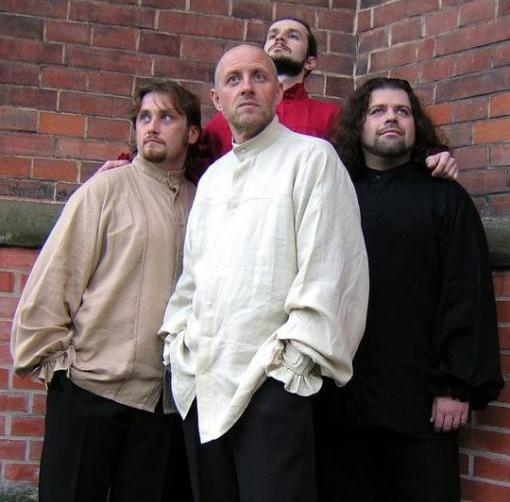 The vocal-experimental group  Affetto celebrates 20 years since its founding. The Wheelchair League (Liga vozíčkářů), which the ensemble will support as part of the charity concert, will celebrate the 30th anniversary of its existence. The joint celebration promises a musical performance accompanied by texts written by writers Ivan Jergl and Václav Uher.

The ensemble Affetto will feature Aleš Procházka (bass), Vladimír Richter, Marek Olbrzymek (tenor) and Jan Mikušek (countertenor). We will hear modern classics, gospel remakes or songs by The Beatles. Texts written by writers Ivan Jergl and Václav Uher will be read between individual compositions. By purchasing a ticket, you will support the Wheelchair League. The annual charity concert will take place on Friday 6 March 2020 at 7:00 pm at the Barka Theater.

Affetto / foto from FB of the ensemble