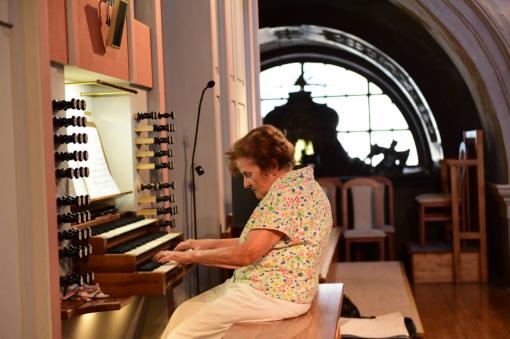 Organist, music teacher, rector emeritus of JAMU and founder of the Brno Organ Festival – Prof. Alena Veselá received a state award from the President of the Czech Republic for her merits in the field of art.

On Wednesday 28 October, Prof. Alena Veselá obtained a state award. Her entire musical career is linked with her native city of Brno, where she studied, gave concerts and also taught. She started to give concerts already during her studies, performed in many countries and played in several prestigious concert houses and at recognised international festivals. At the age of 97, Veselá performed publicly at the end of September at the final concert of the Brno Organ Festival, which she had founded.