Amadeus MozArt: A work by three choreographers on one stage 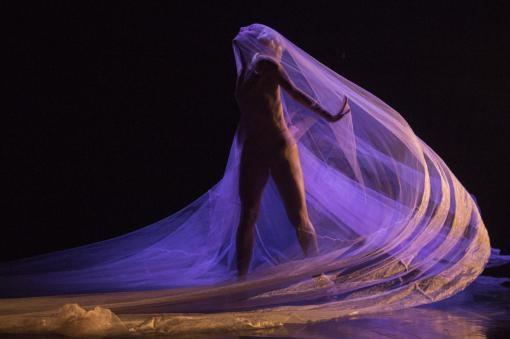 Amadeus MozArt is a ballet production by three contemporary choreographers, inspired by the works and personality of Wolfgang Amadeus Mozart. This project was created from the choreography and direction of Carolina Isach, Uladzimir Ivanou and Dan Datcu. The premiere will take place in the Reduta Theatre, which has a close connection with the figure of the composer.

Amadeus MozArt is divided into three parts, each the work of a contemporary choreographer. The production opens with Metanoia by Uladzimir Ivanou. The term metanoia can be translated as penance, which is what the choreographer called his thumbnail sketch focusing on the relationship between Wolfgang Amadeus Mozart, Constanze Weber and his father Leopold Mozart. The conflict that arose between father and son after Amadeus left for Vienna peaked with his marriage to Constanze. Relations were not renewed between son and father up to the death of Leopold. This hit Amadeus hard, regardless of the bitterness of the last years, or rather because of it. Amadeus was submerged in feelings of guilt for having left the father who raised him and gave him his musical education and did everything to try to help him be a success.

The second part of the production is Opus Amadei in the choreographic conception and direction of Dan Datcu.

This choreography at first glance appears closer to abstraction, but the content bears especially the Mozartian impression on the author, of his brilliant music. Mozart's gift and the ability to express and convey the deepest feelings of who we are, who we were and who we will be. Sadness, love, eroticism, fear, joy and irony.

The third piece is a solipsistic production by the Spanish choreographer Carolina Isach. The name of the choreography, Solipsistic, is based on the philosophical term ‘solipsism’ describing an extreme form of subjectivism based on the idea that there is only my consciousness and nothing else. As the motto for her creations the choreographer has chosen a kind of challenge, “Open your senses”.