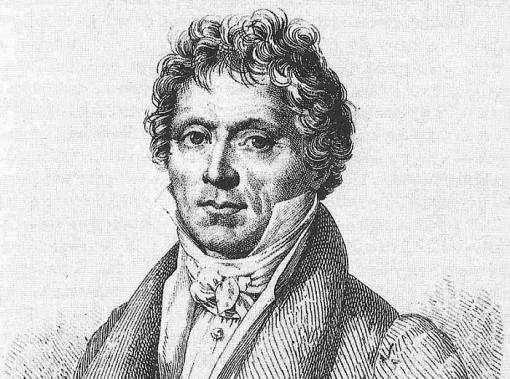 The Moravian Library (ML) has signed a Memorandum of Cooperation (MoC) with the French National Library (Bibliothèque nationale de France, BnF). Signed by ML’s Director Tomáš Kubíček and his counterpart, President of BnF Laurence Engel, the memorandum has stipulated joint activity to be performed by the two institutions in the field of science & research as well as digitisation and mutual internships. Together, ML and BnF launch an online exhibition entitled Antonín Rejcha znovunalezený (Antonín Rejcha Lost and Found).

On the basis of preparations for a joint project in the form of an exhibition and a conference on Czech-French composer Antonín Rejcha entitled Antonín Rejcha znovunalezený (Antonín Rejcha Lost and Found), a collaborative effort has been established between ML and BnF. The joint work has highlighted the shared cultural heritage, the breadth of the Rejcha´s musical collection in the French library’s resources, and the possible cooperation, which promises sharing of experience in the digitisation of resources and technical research conducted by both institutions. “Working on a particular project has shown that there is much more within which both of the libraries can complement each other; after discussing the scientific goals of the two institutions and the ongoing process of digitisation of the national resources, which is the task assigned to either of our libraries, we have agreed on the frameworks of our cooperation, which the MoC has only confirmed. The formal signing was originally expected to take place last May already; since then, however, we had to postpone the meeting three times in a row. Despite this, the real collaborative activities have already been underway, and the first ever exchange stay has even taken place. This suggests that our cooperation has already a specific form, which did not have to wait for any written confirmation, and it has now taken place at least remotely,” says Professor Tomáš Kubíček, the director of the Moravian Library, adding: “Both the MoC and the exhibition show that, despite all the limitations, even in this situation, international cooperation is possible and perhaps even more necessary than before, because it is more symbolic than ever.”

The virtual exhibition entitled Antonín Rejcha znovunalezený (Antonín Rejcha Lost and Found) was created on the occasion of the anniversary of 250 years since the birth of this Czech composer, whose life and production were significantly linked to France and his stay in Paris. Born in Prague, Rejcha was a peer and friend of Ludwig van Beethoven, a naturalised French citizen, a widely recognised professor of composition, and the first ever native Czech person elected as a member of the French Academy of Fine Arts. In recent years, Rejcha’s widely recognised contribution to music theory and teaching has been accompanied with deepening the knowledge of the artist as a bold and inventive composer.

“The exhibition is introducing the state of play of the research, including the latest discoveries concerning Rejcha. In nine thematic units, it details – using autograph manuscripts from the French National Library’s resources as well as archived documents, original prints from the resources of Moravian Library and period engravings – places where Rejcha’s life filled with twists and turns took place, from the native Bohemia, to Germany and Vienna, to Paris. It also focuses on the various aspects of his musical and theoretical work,” Jana Franková of ML and François-Pierre Goy of the French National Library commented, as authors, on the exhibition.

The exhibition was scheduled to be installed in the Moravian Library’s gallery already last year to mark Rejcha’s round-number anniversary. The current security situation has led to its transfer to a virtual space where it has become much more extensive. It has now been diversified through added samples from the new recording of Rejcha’s Lenore – a cantata performed by the Brno Philharmonic and released at the end of the last year. The exhibition was launched on 26 February 2021, which is the date of Rejcha’s birthday.

The Czech version of the exhibition can be found here.