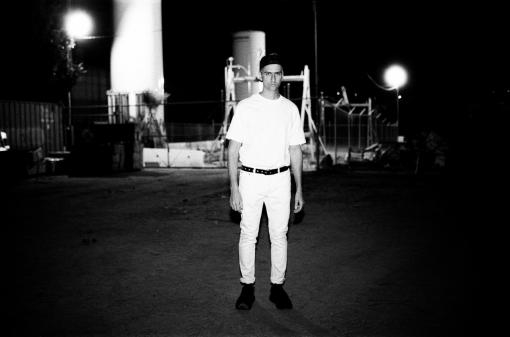 German DJ and producer Boys Noize will present his new album +/- in Brno. This prominent personality of the electronic scene will perform at the Fléda Club as part of the celebration of the club’s 20th anniversary. The work of this musician, innovative in terms of genre, is on the border of techno, house and electro-pop.

Boys Noize is one of the most respected electronic producers of his generation. During a career spanning nearly two decades, he has worked with such luminaries as A$AP Rocky, Snoop Dogg, Bon Iver, Chance The Rapper and Tommy Cash. Currently, after a five-year hiatus, he is releasing his anticipated down-the-line album entitled +/-. “It’s probably one of the records that I put the most effort into - the artwork, the music, simply everything,” Boys Noize explains in an interview with Billboard magazine, adding: “I'm showing so many new and different things. My DJ sets are mainly techno and house. I don’t think people expected me to make a record like this, but for me it’s a refreshing thing.” Boys Noize will perform on 12th November 2021 at 9 p.m. at Fléda Club.

Alex Ridha aka Boys Noize is one of the most anticipated guests of FXX, that is, the birthday celebration season. In addition to its re-opening, the Fléda Club celebrates twenty years of its existence this year. “Boys Noize is one of the most influential producers of our time. It’s a genre chameleon, but one that retains a clear signature. That’s true whether he’s producing for Depeche Mode or Ty Dolla $ign, whose song Midnight Hour was nominated for a Grammy award,” adds artistic administrator Marie Butula Cichá. The core of Boys Noize’s work is techno and house. It is his dark bangers like “Overthrow” or “Cerebral” through which the German musician has won fans around the world. They also form the backbone of his DJ sets acclaimed by his fans as well as reviewers.

Ridha made his debut as a DJ at the age of 15. His rich career to date includes five studio albums, several mixtapes, singles and remixes. He has been crisscrossing the world with his mesmerizingly lively show. He is regularly featured at major festivals such as Coachella and Glastonbury. At the same time, he is still welcome in underground meccas like Berghain. His new album +/- (pronounced “Polarity”) was released in September via his own respected label BOYSNOIZE RECORDS. Ridha’s guests this time include alt-pop artists such as Rico Nasty, Tommy Cash, Corbin and ABRA.