Beseda u Bigbítu: International Teachers of Pop, The Kill Devil Hills, Algiers and others 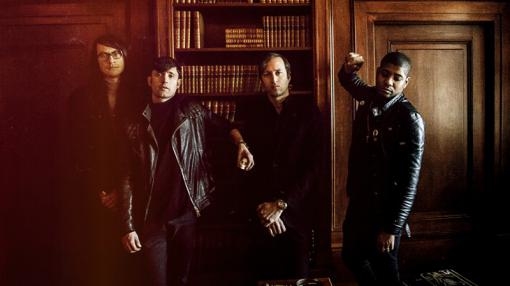 The 27th annual session of the Beseda u Bigbítu [Debate over Bigbeat] will take place traditionally in Tasov near Veselí nad Moravou. The festival represents the independent music scene and hosts bands from all over the world. Among the most eagerly anticipated groups this year are International Teachers of Pop from the UK, The Kill Devil Hills from Australia and Algiers from Atlanta.

The Beseda u Bigbítu festival creates a platform for confrontation of professionals and emerging artists. The dramaturgy supports minority genres and the festival is one of the largest cultural events of its kind in South Moravia. The multi-genre representation of musicians alternates on two festival stages. You will hear rock, jazz, blues, electronic, metal, world music, folk and alternative here.

Famous names of the current Czech and Slovak scenes will be represented by producer Tomáš Dvořák aka Floex, who  with the British musician and composer Tom Hodge will introduce the  Anděl Award-winning album A Portrait of John Doe , and Čáry života [Life Lines] of Jan Boroš, who received the Apollo prize for his album named Stínítko [Lamp Shade]. The achievements of other artists in the programme were also nominated for various awards: WWW Neurobeat, Manon Meurt or a joint album named Antigona by Katarzia and the producer Pjonino. The revived group Khoiba with their new recording, Subject Lost, Himalayan Dalai Lama  or another project by Jonatán (Pjoni) Pastirčák named Isama Zing will represent electronic production at the Beseda. Boris Carloff will return to Tasov after six years and minus123minutes will play here after ten years.

The British band International Teachers of Pop was established only a year ago, but in a relatively short time conquered many corners of the music world. This  band, coming  from industrial Sheffield, can write a catchy pop hit. “Nearly no one knows International Teachers of Pop in the Czech Republic; they released their debut only last month. At first good shot, it sounds like great dance pop, but this band is deceiving. After last year's engagement of Zola Jesus, we are happy to become an easy target for traditionalists again. This band is just great and will perform in the Czech premiere at our festival,” says the director of the festival and one of its dramaturges Pavel Uretšlégr, who also appreciates the participation of The Kill Devil Hills. The Australian West Coast band was formed in 2003 and has since released four records. Other foreign names include Algiers. They are considered one of the best concert bands ever. Two years ago they released an award-winning album named The Underside of Power and in Tasov  they will also present songs from their upcoming third album. Although their name is often associated with the post-punk box, traces of Southern rap, funk, IDM or gospel can also be found in their music.

Beseda's programme blocks will offer, for example, the eleventh season of the Songwriters' Competition and the so-called Visit by Apollo. “We are responding to the current development of society and we are trying to adapt the programme accordingly. Karolína Presová will talk about the need and benefits of digital detox, the author of the Best Book on Fake News Miloš Gregor will highlight the danger of disinformation and manipulation, while poet Petr Hruška will give a poetic performance,” says Olga Petrová, curator of the Visit by Apollo. The Songwriters' Competition will take place again on Saturday morning. “I can tell you by now that, for example, Will Eifell or Jiří Hilčer with his new project named Jerky, are coming, ” concludes the competition organizer Petr “Pecan” Podrazil.

Beseda u Bigbítu with a legendary view of the White Carpathians is announced to take place in Tasov on 2 and 3 August 2019.

Photo from the archive of the festival