Brno as a European centre of world music, headed by Milan Tesař 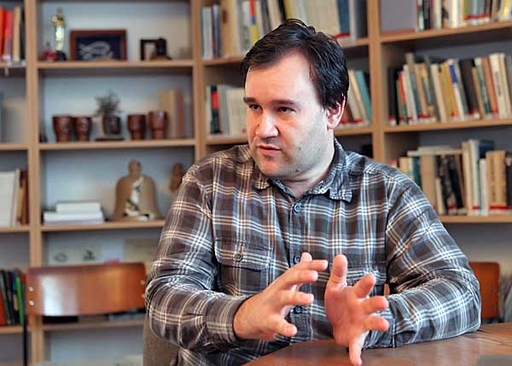 After almost thirty years, Brno has replaced the German capital Berlin as the main centre of the European panel of radio music publicists World Music Charts Europe (WMCE). From Berlin public radio, where the founder of this platform, Johannes Theurer, worked until 30 November 2020, the centre of WMCE's  activities is moving to the Brno headquarters of Radio Proglas. Milan Tesař, one of its two current Czech members and head of the music section of Proglas, became the new secretary of the panel starting from 1 December.

The WMCE expert panel and the homonymous chart were established in the spring of 1991 under the auspices of the European Broadcasting Union (EBU). It brought together leading music publicists focused on what is commonly called world music, originally from public radio stations, to which, over time, carefully selected colleagues from some – mostly non-commercial – private stations have joined. The requirement for membership is long-term work in the field, professionalism and professional integrity, and above all high-quality proprietary programmes, in which the publicist presents musical novelties. Petr Dorůžka (for Czech Radio Vltava) has been a member of WMCE on behalf of Czechia almost since the beginning, while Milan Tesař (for Radio Proglas) joined in 2019. The panel serves, among other things, to connect radio publicists with independent music publishers from around the world. The objective is to supply radio programmes across Europe with quality music that might otherwise fall off in the competition of commercial broadcasters.

In addition to the radio programmes of individual members of the panel themselves, an important and regular outcome is a chart of 20 best albums from all over the world, compiled once a month. It is therefore not a chart of sales volumes or playing frequency, but a vote of experts in a manner like various annual awards, taking place every month. The chart itself is regularly distributed to thousands of addresses around the world (media, agencies and festival organisers) and for almost three decades it has been an important tool for professionals in the diverse labyrinth of "global" music. You can find it here.

With the change in the leading position, not only the virtual centre of the panel has moved to Brno. Publishers from all over the world are already sending their CDs to Moravia, and shipments of these musical innovations will be sent out from Brno to all members of the WMCE expert jury every month. Currently, more than forty experts from 25 European countries take part in the monthly vote for the best album: from Portugal to Russia, and from Norway to Greece.

In addition to the monthly ranking of the best albums, the WMCE jury also publishes the year-round ranking, always at the beginning of December. In 2020, the most successful recording from around the world was the album Lina_Raül Refree, a collaboration between the traditional Portuguese singer Lina Rodriguez and the Catalan synthesiser player Raül Refree. The UK singer Sam Lee, well known for example from the Folkové prázdniny festival in Náměšť nad Oslavou, finished second, and the Bosnian singer Damir Imamović was third. Recordings from, for example, Iran, Mali, Ghana and Italy were also in the top ten. The Czech music scene has a double representation in the top 100 in 2020: Clarinet Factory finished in a beautiful 22nd place with their album Pipers, and a joint recording by Iva Bittová and the Sardinian experimental guitarist Paolo Angeli also narrowly hit the top 100 of the world's best albums in 2020. Thanks to the new operation of the WMCE panel in Brno, however, there is a chance that individual jurors will receive much more Czech music in the future than before. These days, new albums from the labels Indies Scope (CDs by the group Tara Fuki and Marian Friedl) and Indies Happy Trails (new record of the Flair ensemble) or the album Hluboko by the singer Milli Janatková are heading to them by post.