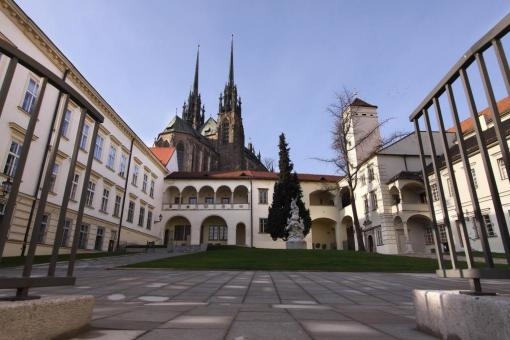 Brno City Theatre is planning its programme for the coming summer. The Bishop’s Courtyard (Biskupský dvůr) is going to get busy with multiple theatre shows featuring Alena Antalová, Hana Holišová, Michal Isteník, Boleslav Polívka, Petr Štěpán and other artists. There will be as many as 37 performances presenting six individual theatre plays. Tickets can be booked as of today.

The Brno City Theatre’s well-established summer scheme is going to see its 12th season in the row. Entitled Léto na Biskupském dvoře (EN: The Summer at Bishop’s Courtyard), the series is organized by the theatre in cooperation with Moravian Museum. Spectacles to be presented this year will include the Czech musical – the iconic Noc na Karlštejně (A Night at Karlstein) play, a comedy – The Miser by Molière, with Boleslav Polívka to play the main character, and a music comedy – The Three Musketeers. The series will also present the last year’s new release O statečném kováři (The Brave Blacksmith) – a musical fairy story with music composed by Petr Ulrych and Zamilovaný Shakespeare (Shakespeare in Love), a romantic comedy play. In addition to the above, the summer stage will premiere a brand new piece that highlights the city of Brno as such: Napoleon aneb Alchymie štěstí (Napoleon or Alchemy of Good Fortune), a debut of what was initially a detective story and another act of artistic creation produced by the Brno Big Four – Karel Cón, Stanislav Slovák, Jan Šotkovský and Petr Štěpán. The story will now interconnect the city and Napoleon as a military leader, Winston Churchill, and Churchill’s wife Clementine.

Tickets are available from this day, i.e., 11 January 2021, either online via www.mdb.cz or at the central box office of Brno City Theatre (telephone: +420 533 316 360; email: predprodej@mdb.cz). Any tickets unsold this way will be available at the box office of Moravian Museum located inside the residence of the Dietrichstein Palace (Dietrichsteinský palác) in the square of Zelný trh one hour prior to the start time of the performance. The festival will take place in the inner complex of Moravian Museum, as usually, regardless of the weather; this year it will run from 29 May 2021 to 11 July 2021. Each performance starts at 8.30 p.m.