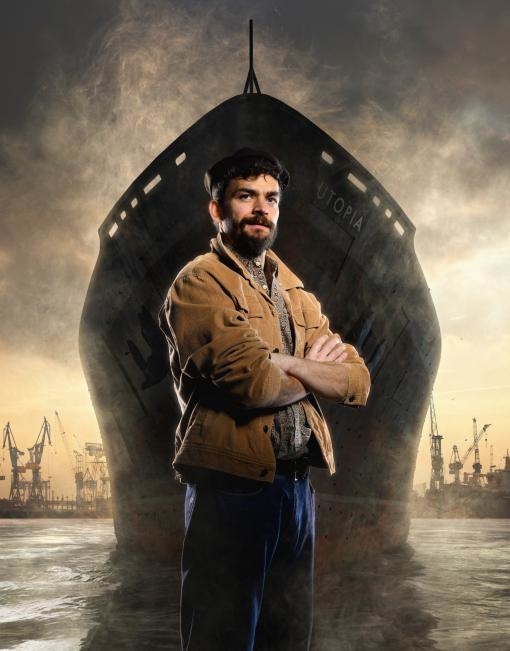 The musical The Last Ship is the work of the English singer and musician Sting. The authors are John Logan and Brian Yorkey. The Brno City Theatre are performing it under the direction of Stanislav Moša. The main roles will be taken by Lucie Bergerová or Radka Coufalová, Dušan Vitázek or Kristian Pekar, Zdeněk Junák or Ladislav Kolář, and many others.

Sting, whose original name is Gordon Matthew Thomas Sumner, was born as the eldest of four children in 1951 in the north-eastern English city of Wallsend. His childhood was spent in the immediate vicinity of the local shipyard. At the start of the 20th century  the shipyard in Wallsend was one of the biggest and best known, launching from its dock in year 1906 the largest ship of its time – the Mauretania. Another famous ship to come out of this shipyard is the Carpathia, which in 1912 rescued the surviving passengers from the Titanic. Wallsend shipyard was in operation up to the eighties. In 2007 the shipyard was closed, and at that time the previously mentioned Gordon Sumner was known around the world as Sting. He put stories from his childhood, which he spent in close contact with shipyard workers, into his musical. The Last Ship had its premiere on Broadway in 2014, and the musical also had two nominations for Tony Awards.

Sting’s musical will be performed in its Czech premiere by the Brno City Theatre. The artistic side of the stage sets is the work of Christoph Weyers. The projection is by Petr Hloušek and costumes by Andrea Kučerová. The Czech translation of the libretto is by Zuzana Čtveráčková. The main roles are filled by Kristian Pekar or Dušan Vitázek (Gideon Fletcher), Lucie Bergerová or Radka Coufalová (Meg Dawson), Zdeněk Junák or Ladislav Kolář (Jackie White), Zdena Herfortová or Jana Musilová (Peggy White), Viktória Matušovová or Dagmar Křížová (Ellen Dawson), Petr Štěpán or Viktor Skála(Fred Newlands), Alena Antalová or Erika Kubálková (Baroness Tynedale), Lukáš Janota or Aleš Slanina (Adrian Sanderson), Igor Ondříček or Stanislav Slovák (Billy Thompson) and many more. The premiere is to take place 16 February 2019 from 7 p.m. in the Brno City Theatre.