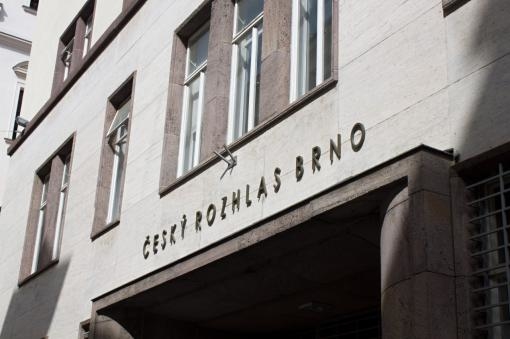 Brno Radio will open an exhibition tomorrow to mark its 95th anniversary of regular broadcasting. The exhibition features the voices of Oldřich Nový, Karel Absolon and Jiří Mahen falling from a special sound shower. There will also be a radio receiver, which was made ninety years ago by Brno airport staff for their director. The exhibition starts today 6 September.

Regular broadcasting began on 1 September  1924, from a "radiosalon" in the turret above today's office of the governor in the Zemský dům [Regional House] in Brno. It happened only two years after the British BBC and a year after Prague's Radiojournal. Oldřich Nový was there – and after many years he still remembered working in the radio. The anniversary and later destiny of Brno Radio will be commemorated by an exhibition that will open today in the Muzeum Brněnska [Brno District Museum], or more precisely in the Celnice Gallery on the grounds of Villa Löw-Beer in Drobného Street. “It is of course impossible to summarize 95 years of history and dozens of personalities in a single exhibition. Therefore, it will be rather a small sampling of the truly extraordinary history of Brno Radio, ” says Hana Ondryášová, director of Czech Radio Brno. The exhibition starts today September 6 in the Celnice Gallery on the grounds of Villa Löw-Beer. It will be open until 13 October, always from Tuesday to Sunday, from 10:00 to 18:00. Admission is free.

For the first time in years, a song by J. Severin from the Strážnice festival in 1948, during which live birds were heard at that time, will be part of the exhibition. Or a legendary live recording of a human heart surgery in Brno in the mid-1950s. “It may not be obvious at first sight, but radio is also a treasury of photographs. We also selected some of them, ” adds Miloš Šenkýř, the main author of the exhibition. The exhibition also captures the present – Czech Radio Brno is the most listened regional public service broadcaster at all. In the Brno studio, programmes for most other public service stations are also created and, moreover, it takes care of an extraordinary cultural legacy in the form of recordings of music, plays, folklore and news.

Photo from archive of Brno Radio