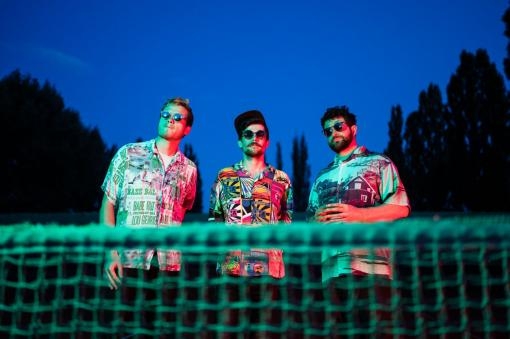 The organizers of JazzFestBrno have prepared the second edition of the Jazz Showcase in cooperation with the Spectaculum civic association. It will take place at the Husa na provázku Theater. The Central European Jazz Showcase (CEJS) is a two-day concert showcase during which selected bands from the Czech Republic and Slovakia will present themselves to an international audience consisting of delegates from among festival program directors, music club programmers, and journalists.

CEJS is tailor-made for bands that have the potential to make it abroad. The aim of the showcase is to encourage the export of jazz bands to appear more frequently on the programs of clubs and festivals abroad and thus popularize Czech and Slovak jazz. “The power of the experience in the close presence of musicians fully engaged in the creative process is unmatched by anything. I dare say that most music promoters think the same way – presenting live music is often their lifelong mission. I can perhaps also say that most promoters often select bands based on their own experience of seeing them perform live. The traditional showcase format offers a good opportunity for bands to present themselves, where a number of bands present themselves to the promoters in a concentrated way,” says Vilém Spilka, director of JazzFestBrno. The Central European Jazz Showcase is announced this year for 27 and 28 June 2022.

After last year’s premiere event, which brought a showcase of Czech and Austrian bands, this time the focus will be on the Slovak scene in addition to the Czech one. It will feature bands that are among the stalwarts of Czech and Slovak jazz as well as musical projects that have managed to attract the attention of the professional and general public, even though they have only recently been created. Czech music will be represented by Muff, Endemit, Ochepovsky Project, Treetop, Brünnwerk, The Track Inspection, Post Noisy Pots, and Limbo. From Slovakia to Brno will come the Tibor Feledi Kairos Quintet, Kristin Lash & Jakob Grey, Pacora Trio, Miloš Biháry & Jazz Funk Brothers, Altar Quintet, Sole, Ľubomír Gašpar Cimbal Project, and Sisa Fehér & Vladko Mikláš: Bardo. The performers were selected by a jury of Czech, Slovak and European representatives of the jazz community who chose from dozens of applications.

CEJS is intended exclusively for the professional public. But those who want to listen to projects with a Czech and Slovak flavor can also go to the Husa na provázku Theater on Sunday 26 June, a day earlier, to the Celebration of Syncopation – a new event of the JazzFestBrno festival which will offer a continuous stream of the most interesting items from the Czech jazz scene during one evening on three stages. The premiere edition will feature performances by Dan Bárta, David Dorůžka, and Vertigo, among others.