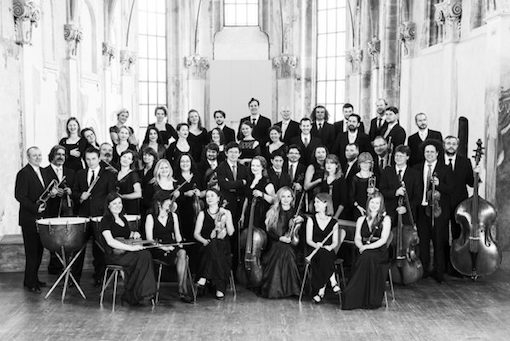 The Concentus Moraviae festival is celebrating its 25th birthday this year. Within the programme, which will take place this year no earlier than during the autumn, twenty-five concerts will be performed by the foremost Czech artists. The concerts will take place in castle halls, basilicas and churches, as well as modern venues. This dramaturge of this season is Barbara Maria Willi, who called it My Home.

Everything bad is good for something – this is how the consequence of security measures could be described, due to which a number of Czech artists cannot travel abroad. Therefore, during the festival, leading domestic chamber ensembles, orchestras and soloists who would otherwise perform on stages worldwide, can appear here. The Concentus Moraviae festival, celebrating its anniversary, will offer these artists to the spectators in one festival season. Barbara Maria Willi – a harpsichordist, organist, music teacher and at the same time a tireless driver not only of Brno's music events, is the dramaturge of the upcoming season of the festival. She has been collaborating with the festival regularly and symbolically called her dramaturgy My Home this year. Barbara Maria Willi  comments on the collaboration with the festival with these words: "Three aspects contributed to my decisive 'yes': firstly, there is something to celebrate – we have a really rich early music scene and extensive research into the Czech repertoire has been done; secondly, there is someone to celebrate with, because we have an extremely dense structure of exceptionally high-quality specialists and professional orchestras playing historical instruments, we have excellent soloists as well as chamber ensembles; and thirdly, there was one exceptional musical moment that led me to the title of this year's dramaturgy: it was the oldest recording of the Czech anthem, dating back to 1901. For me, it has become what the French call a 'coup de cœur' – fateful love. And My Home, the name of the festival, came into the world!"  The Concentus Moraviae festival will run from 11 September to 29 October 2020.

Hence, Czech artists who have gained a resounding international reputation will reply to the question Where is my home? (translator's note: a verse taken from the Czech national anthem, please see above), in their concerts. This year, the representation of excellent female singers is very attractive: mezzo-soprano Magdalena Kožená, the patroness of the festival, will adorn the final gala concert. Hana Blažíková, a world-renowned icon of historical singing, has accepted an offer to become artist in residence of the festival and she is participating in as many as five concerts exploring various layers of our musical culture. Martina Janková, an internationally-acclaimed soprano, has prepared a programme with Musica Florea, a Baroque orchestra led by Marek Štryncel. Markéta Cukrová will bring the purity of her voice to several ensembles  and will release our tense nerves with lullabies with  a truly luxurious accompaniment. Kateřina Kněžíková will let her Golden Voice sound in a programme with Barbara M. Willi; Irena Troupová invites the listeners to a romantic music salon; the author's evening of the fresh Anděl award winner Beata Hlavenková will be a fusion of styles. Many excellent voices will also be heard in orchestral programmes and concerts of larger ensembles, which are extremely popular with audiences. The festival will open with Collegium 1704 and Collegium Vocale 1704 led by Václav Luks, performing Handel's magnificent oratorio Messiah. This will be followed by concerts of Musica Florea, Ensemble Inégal, Collegium Marianum, Cappella Mariana, Tiburtina Ensemble, Czech Ensemble Baroque & Choir, Schola Gregoriana Pragensis and others. A welcome refreshment will be the brass ensemble Moravia Brass Band, which offers a very original modern conception of historical Czech-Moravian music. National tones in the modern sense of the word can be found in the Czech Philharmonic Choir Brno under the baton of Petr Fiala, who will appear not only as a conductor, but also as a composer, which was a typical phenomenon in early music. The festival will welcome virtuoso soloists (flutists Michaela Ambrosi and Jan Ostrý, harpist Kateřina Ghannudi, harpsichordist Monika Knoblochová, cellist Libor Mašek, lutenist Jan Krejča, and more), and last but not least, young blood, the emerging generation of outstanding artists who not only bring prizes from international competitions (Jiří Havrlant from Romania and Michaela Koudelková from Israel), but above all they bring a fresh and energetic charge to the music. All invited artists were asked to reflect on what the expression 'My Home' means to them from the musical point of view. As regards creative ensembles, we can look forward to an original conception of the Czech anthem’s interpretation.

The current crisis has shown how vulnerable the sphere of not only classical music is. That is why a joint initiative of three festivals called Connected by Music was established in the spring; its objective is to support Czech culture and domestic artists. The Lípa Musica International Music Festival, the St. Wenceslas Music Festival and Concentus Moraviae have created a joint concert series that will overlap all the three festivals, offering Czech artists the opportunity to make a small Czech festival tour this autumn and the audience of individual events to encounter leading Czech performers and dramaturgically outstanding projects in several regions of the Czech Republic.

Required sanitation measures will be observed at all concerts. Although some of the concerts have the character of exclusive home concerts and the number of listeners will not exceed 100 people, please do not forget to take facemasks for these evenings.