Cotatcha Orchestra present another single from the new album. Lenka Dusilová sings along with them 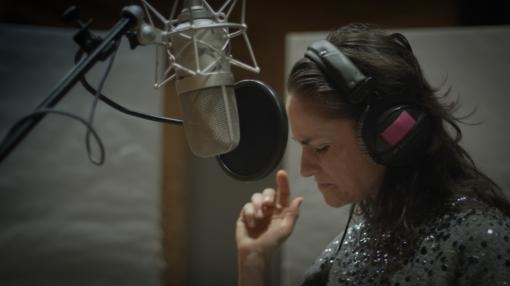 The Brno-based big band Cotatcha Orchestra has now released its second single called Billy's Pilgrimage, with Lenka Dusilová appearing as a guest singer. The single is part of the upcoming album Bigbandová elektronika / Bigband Electronics, which will be released on the American label Parma Recordings as soon as tomorrow.

The album Bigbandová elektronika / Bigband Electronics links the acoustic world with the electronic one, combining jazz and non-jazz influences. The original fusion strengthens the emotionality of the works of the formation led by the trumpet player Jiří Kotača. The sixteen-member Cotatcha Orchestra has been active on the music scene since 2014. After its beginnings with compositions by Czech and world composers, through collaborations with foreign artists, the big band has gradually begun to create its own original repertoire. The album Bigbandová elektronika / Bigband Electronics will be released by the US label Parma Recordings on 13 November.

The composition Billy’s Pilgrimage was inspired by Kurt Vonnegut's book Slaughterhouse-Five, which focuses on the main character of the famous novel. "The idea of ​​cooperation appeared two years ago. It seemed to me that our music worlds could get a nice intersection. With her vocals, Lenka added a new dimension to the composition, and since the human voice is the most natural sound for our ears, I think she also brought the otherwise instrumental composition closer to listeners. She floats beautifully and naturally over the music, sometimes taking the lead, while at other times she just complements the harmony of the other thirteen wind instruments. I've been watching Lenka's music for some time now and I like it; she uses electronics the way I enjoy – the voice and the pedals with which she adjusts it work in symbiosis," says the leader of the big band Jiří Kotača.