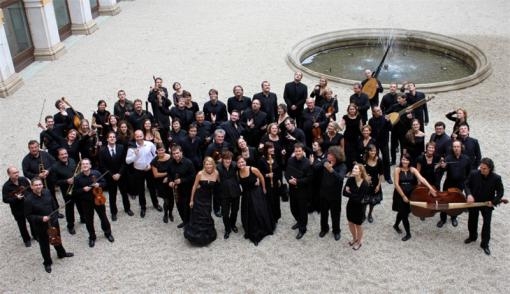 Dubbed “Vienna’s Bach”, Johann Josef Fux is known as one of the top world's Baroque composers. On Sunday, Czech Ensemble Baroque will perform the composer’s Missa pro defunctis (Kaiserrequiem K 51-53). The concert from the Brothers of Mercy Convent will be streamed online.

The Fux’s legacy is very extensive. About 400 compositions have preserved; their nature results from both the conventions of the Vienna court of the early 18th century and from the important composer’s social status. In 1698, Johann Joseph Fux was appointed a court composer of Emperor Joseph I of Habsburgs. This fact is all the more remarkable because Italian musicians had been preferred by the Vienna Court since the early 17th century. Initially, Kaiserrequiem was composed for the funeral of Empress Eleonore that took place in 1720; it was also performed several times afterwards during other funerals in the imperial family, e.g., the funeral of Prince Eugene of Savoy in 1736 or, four years later, the requiem mass for Emperor Charles IV.

“Several times, it was also performed for ceremonies taking place on All Saints’Days, which is was the basis for our own dramaturgy because initially, the concert was intended to be underway in the Church of Saint Johns’ during the All Souls’ season, i.e. in November. This time, we will perform it in the Brothers of Mercy Convent this Sunday; everyone in here will be happy to perform for our loyal audience as they enjoy the comfort of their living rooms,“ Roman Válek sends his invitation.