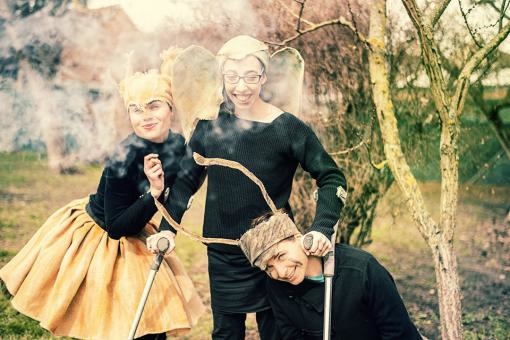 The dance group Protyboty, together with the musician Eva Rohleder, will launch their album Slon a mravenec [Elephant and Ant]. The stage production of the same name for children is based on a book by Daisy Mrázková, accompanied by songs of Eva Rohleder, which are now captured on the upcoming album. A guest of the album release will be Jiří Jelínek.

The dance group Protyboty brings together dancers with and without disabilities. It now collaborates with the multi-sided musician and composer Eva Rohleder. Their interconnection  gave rise to a dance performance for children called Slon a mravenec  based on a book of the same name by Daisy Mrázková, which is full of songs by Eva Rohleder. All songs from the performance, both in Czech and English version, are now released on the new CD. The main guest of the afternoon, during which the album will be launched, is Jiří Jelínek. The event is announced to take place on 22 September 2019 at Leitnerova Club, starting from 3 pm.

Eva Rohleder and Protyboty / photo from FB of the artists