Fedora returns to the Metropolitan Opera. The live broadcast will take place at the Scala Cinema 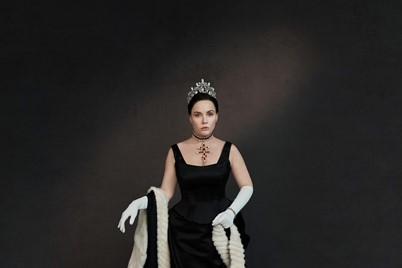 Fedora will return to the Metropolitan Opera after 25 years with soprano Sonja Joncheva in the title role. The audience can watch the live broadcast at the Scala University Cinema.

After a quarter of a century, Giordano’s passionate drama Fedora returns to the Metropolitan Opera stage. Sonja Joncheva sings the lead role of the nineteenth-century princess who falls in love with her fiancé’s murderer, Count Loris, played by tenor Piotr Beczała. Fedora’s friend and confidante Countess Olga is played by soprano Rosa Feola while baritone Lucas Meachem sings the diplomat De Siriex. David McVicar’s stage direction uses sets that gradually flip to reveal different locations: a palace in St Petersburg, a salon in Paris, and a picturesque chalet in the Swiss Alps. A live broadcast of Fedora from the Metropolitan Opera to is announced for January 14. It will be screened at 6:45 p.m. at the Scala University Cinema.