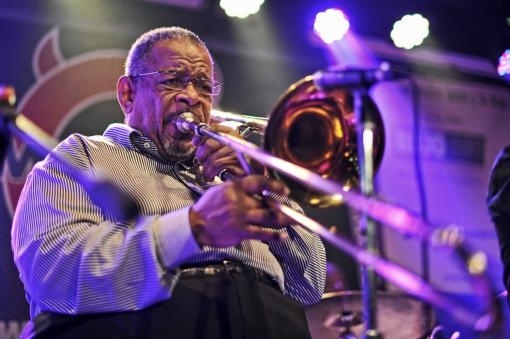 The American trombone player Fred Wesley will be visiting Brno. The former member of the accompanying band of James Brown will perform together with The New JB’s.

Fred Wesley plays trombone, trumpet and piano. In the 60’s and 70’s he was a member of James Brown’s accompanying band. During his career, he has worked with musicians such as Tina Turner, Maceo Parker, Hank Crawford and Georg Benson. Wesley will be celebrating his 75th birthday this year. In the Czech Republic, he is known mainly as the author of the famous solos from the first album Why Be In When You Could Be Out by Monkey Business.

Fred Wesley will perform in Brno with The New JB’s on 18 April from 8.30 p.m. at the Metro Music Bar.