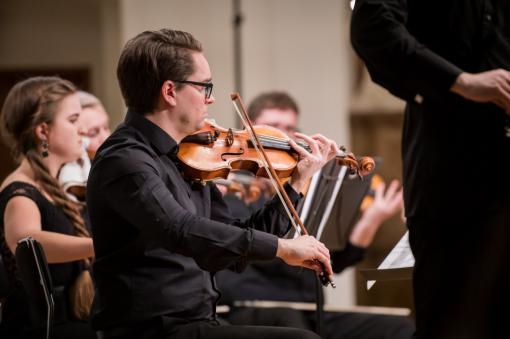 Soon the Ensemble Opera Diversa will present three opera pieces by pairs of librettists Pavel Drábek and Vendula Borůvková and composers Maria Buzzi, Ondřej Kyas and Martin Kux directed by Lukáš Kopecký. The premiere will take place in the Buranteatr in Brno.

The expressive name 'Grobians', the meaning of which in the case of the three mini-operas is not linked to a theme of rudeness, but rather to some gruff deeds that people often perform among themselves for mere amusement. The plot is inspired by historical stories about cheaters and swindlers. In their poetic texts, the librettists Pavel Drábek and Vendula Borůvková transform the harsh humour of the medieval street theatre into comedy-tuned situations in which,  on a small space, the characters of the selected crooks stand out. The mini-operas are oriented on arias and duets, which in a minimalist production staging form, the actors expand on a broad range of emotions. Musical production of the three mini-operas was carried out  by Josef Javora. The premiere is announced to take place on 25 September  2019 at 19:00 o'clock in the Buranteatr.

EOD / photo from archive of the ensemble