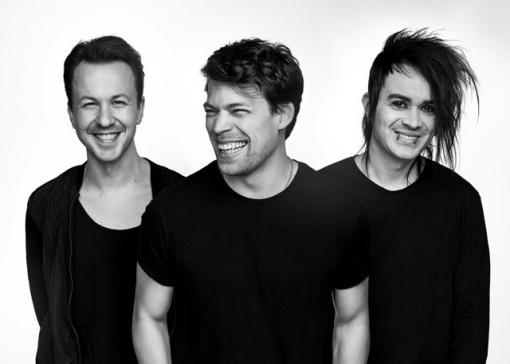 The international groove, jazz and funky festival enters its 12th season. For example, the group Dirty Loops will return to Brno to launch the festival. During October, bands from Sweden, USA, Great Britain, Spain, Denmark, the Netherlands and our neighbouring Slovakia will come to Brno. This year's festival hosts mostly female performers such as saxophonist Candy Dulfer, Judith Hill with her band or Danish bass guitar player Ida Nielsen. Tickets for the festival are already on sale.

Headliner of this year's festival is the Dutch singer and saxophonist Candy Dulfer. She has performed  with artists such as Beyoncé, Prince, Aretha Franklin, Blondie, Maceo Parker, Dave Stewart and Van Morrison. She earned a Grammy nomination for her debut album Saxuality. After last year's success, Dirty Loops returns after a year, but this time with a new album. Nils Landgren & Funk Unit, a Swedish band, will also visit Brno as part of the festival. In addition, Michael Jackson's vocalist Judith Hill will perform with a band from the United States. The group Ghost-note will come from Texas. There will also be soul music from London, as Brno will be visited by Incognito, which will celebrate 40 years on the music scene this year. They already have 17 studio albums to their credit. Another female artist will be the Danish bass guitar player, multi-instrumentalist and composer Ida Nielsen, who has made her mark in the music world thanks to her involvement in the band Prince. Spain will also be represented for the very first time at the festival.

The Patāx ensemble combines the rhythms of flamenco, funk, jazz and Afro-Cuban music. Neighbouring Slovakia is represented by the group FallGrapp, which is characterised by electronic music with ambient string parts, unmistakable voices of female vocalists, layered arrangements and sound and harmonic variety. The Ondřej Pivec Organic Quartet will also appear. The leader of this group, Ondřej Pivec, now performs primarily with the American singer Gregory Porter.

Dirty Loops/ photo from archive of the festival