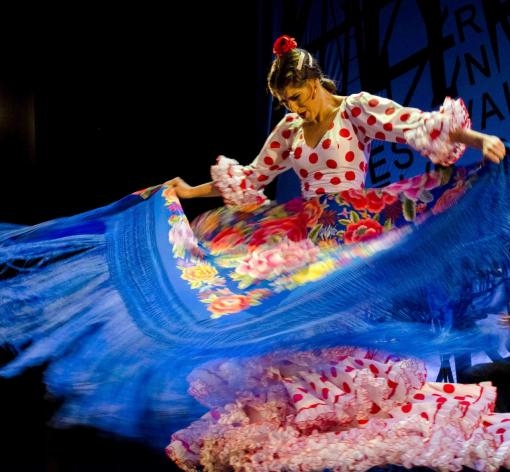 The Ibérica Festival of Ibero-American Cultures is entering its 17th season on new dates. Due to the current pandemic situation, it will not take place until August. In addition to Brno and Prague, the festival will also visit the castles in Lysice and Čechy pod Kosířem. The talented flamenco dancer Mónica Iglesias will be featured this year. The Brno part of the festival will also host the guitar player Pavel Steidl.

For the end of August, Ibérica promises music and dance performances with the participation of Spanish artists – the dancer Mónica Iglesias, the guitar player Luis Marián and the violin player Yorrick Troman. "Considering the extremely difficult situation in Spain, we were forced to change the programme and reduce the number of Spanish artists performing. The traditional Ibérica Gala Concert will not take place this year at Špilberk Castle but in Brno's Besední dům; however on the other hand, the festival's activities will expand to the castles of Lysice and Čechy pod Kosířem," says Petr Vít, the artistic director of the festival.

The dancer Mónica Iglesias, who will appear at the gala concert in Brno's Besední dům on 29 August, seems to be one of the most promising talents of the generation of young dancers' on the Spanish flamenco scene. She started her career alongside the legendary Joaquín Cortés, she was the prima ballerina of the Spanish National Ballet, and in 2018 she triumphed at the most prestigious flamenco competition, the Cante de las Minas [Songs of the Mines]. Her latest dance project TÁLAMO will have its Czech premiere, which the Czech and Slovak flamenco community is looking forward to. The author of the music is Iglesias' court guitarist Luis Mariano Renedo, whose Brno appearance will be supported by the violin virtuoso and concert master of the Orquesta Ciudad de Granada (City of Granada Orchestra) Yorrick Troman together with the flamenco veteran, the singer El Pulga.

Classical guitarist Pavel Steidl will be playing in the Löw-Beer Villa. This native of Rakovník broke through into the world scene in the early 1980s, when he won a competition organised by Radio France de Paris. Since then, he has held the position of one of the best classical guitar players in the world, as is demonstrated by the chart of the GuitArt magazine, which ranked Steidl among the world's eight most important guitar players in 2003; by his winning the Classical Guitar Award 2005; and above all by the unceasing interest in his guitar recitals across all continents. "Pavel Steidl, Professor at the Royal Conservatoire [Koninklijk Conservatorium] in The Hague and the Faculty of Music at the Prague Academy of Music (AMU), performs rather sporadically on domestic stages, and that is why his concert at the Ibérica festival will be one of the essential cultural events of this summer," adds Vít.

This season of the festival will once again feature the traditional gastronomic fiesta in the courtyard of the Old Town Hall in Brno. The festival programme will be complemented by creative workshops full of dance and music for beginners as well as advanced dancers.