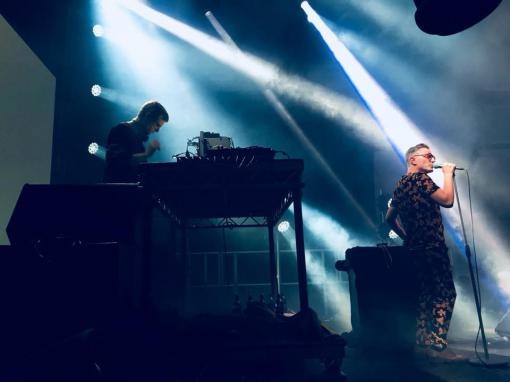 This Icelandic formation, headed by its founding members Daníel Ágúst and Biggi Veira, will bring its tenth album Lies Are More Flexible to Brno in autumn, released after a four-year studio pause in 2018.

GusGus come from Reykjavik. Their musical history has been written for twenty-three years already. In their work, they honour the Kompakt and 4AD labels, under which formations such as The National, Future Islands and Pixies are also published. GusGus are  currently headed by two of its founding members, frontman Daníel Ágúst and Biggi Veira. At the beginning, however, the band had twelve members, which over the years included singer Emilíana Torrini, author of the song from the Lord of the Rings trilogy. The opening single of the album Lies Are More Flexible, which will be presented in Brno, is the song Featherlight, a sound-epic song that, for example, has become the most downloaded song on iTunes in Sweden.

GusGus will perform on 18 September 2019 at 20:00 in Fléda club. The concert is promoted by Colours Selection and Fléda.

GusGus / photo from FB of the band