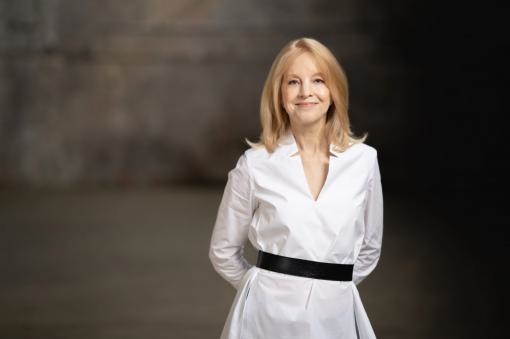 The 21st annual jazz festival is characterized by big bands and connecting world-renowned musicians with Czech ones. Among the performers will be Maria Schneider’s Orchestra, the Clayton-Hamilton Jazz Orchestra in conjunction with Dan Bárta, pianist Brad Mehldau in a Bach-based programme with the Brno Philharmonic, double bass player Christian McBride’s quintet and guitarist Lionel Loueke, both solo and in a project with his Czech musical guests.

“If we add to this list the previously announced and very quickly sold-out performance of Jacob Collier and several concerts postponed to 2022 from earlier, including those of guitarist Pat Metheny and the British trio GoGo Penguin, we can truly expect the months full of musical experiences," says the festival’s artistic director Vilém Spilka. JazzFestBrno will start unusually early this time, on 16 January with a concert by GoGo Penguin.

Seven-time Grammy winner, musical visionary and leader of her own “kinda different” jazz orchestra Maria Schneider will perform with her big band in the Czech Republic for the very first time, namely on 2 February. Her concert will be hosted by Sono Centrum, just a few months after Schneider released her highly successful album Data Lords, which reviewers are not hesitant to call her magnum opus. The new compositions are inspired by the contrast between the digital and natural worlds. The Orchestra won two Grammys and a Pulitzer Prize nomination for the album, confirming its position as the most respected modern big band of our time.

A more traditional, but by no means commonplace big band experience will be offered by the concert of the ageless Clayton-Hamilton Jazz Orchestra. The renowned ensemble, which has been filling clubs and large concert halls for over three decades, will additionally present itself on 14 March at Sono Centrum in a unique project initiated by the JazzFestBrno festival in that Dan Bárta will sing with the orchestra. “John Clayton is arranging several songs exclusively for Dan Bárta. These will be performed by the full orchestra as well as by a more intimate ensemble. For Bárta, this represents another significant step in his already successful career," details Spilka. In addition to the Czech singer, the orchestra will be joined by singer René Marie and organist Akiko Tsuruga as guests.

JazzFestBrno will also continue its cooperation with the Brno Philharmonic, alongside which it has previously presented, for example, bassist Avishai Cohen or accordionist Richard Galliano. This time American pianist Brad Mehldau will perform with the Brno Philharmonic. Johann Sebastian Bach’s music will be at the centre of the performance hosted by the Mahen Theater on 6 March. Mehldau has dedicated the album After Bach to the composer, which contains works by the famous German Baroque composer, each of which is followed by Mehldau’s own composition inspired by what preceded it. He will also perform his own concerto for piano and orchestra. This way the performance promises an extraordinary experience at the intersection of the universes of jazz and classical music.

Virtuoso bassist, bandleader and jazz guru Christian McBride returns to JazzFestBrno after the success of his big band with the fiercely jazzy band Inside Straight, with which he will play on 3 March at the Sono Centrum. McBride’s song selection for this quintet is on the one hand carefully considered, but on the other hand never strays too far from song form and tonality. Swinging bass lines in contrast to more freely phrased saxophone, “bluesy” piano and polyrhythmic drums smoothly recite their verses of the black gospel. Pressurized innovative jazz with occasional spontaneous cacophony does not lack elements of funk or Afro-Cuban rhythms.

Beninese guitarist Lionel Loueke will come to JazzFestBrno on 1 February to play solo tracks from his latest album HH, inspired by work by Herbie Hancock, of whose band Loueke has been a member for over fifteen years. In the second part of the evening, the African guitarist will be joined by his Czech friends – Berklee College of Music fellow guitarist David Dorůžka, saxophonist Luboš Soukup who recorded the successful album Earth with Loueke, and last but not least, double bassist Jiří Slavík who has always been close to African music and has also played with Loueke before.