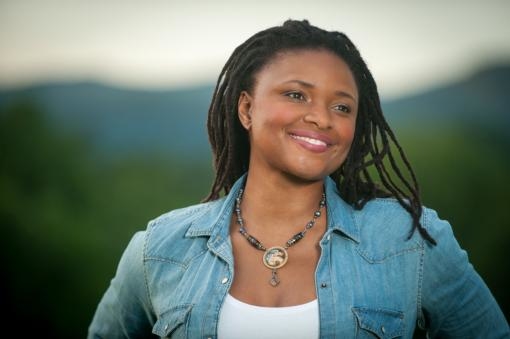 The JazzFestBrno International Festival introduced the first names of performers for its upcoming 19th season. The festival will begin on 15 March 2020 with a concert by Joshua Redman Quartet. Also featured will be twenty-time Grammy winner Pat Metheny, singer Lizz Wright with a philharmonic, and bass player Avishai Cohen. After many years, and for the first time in Brno, he will perform in a trio with which he recorded his groundbreaking album Gently Disturbed in 2008. Joshua Redman, Bill Frisell and Chris Potter will also appear at the festival.

JazzFestBrno 2020 will open on 15 March at the Sono Centrum with a concert by Joshua Redman Quartet. Saxophonist and composer Joshua Redman will appear with his quartet, which earned him fame in the nineteen-nineties. "The features that make this incredibly well-coordinated band instantly recognizable include the unrepeatable and irresistible sound colour of Redman's saxophone, the unrestrained drumming of Greg Hutchinson, the soulful and earthy double bass of Reuben Rogers, and the piano equilibristic and empathetic accompaniments of Aaron Goldberg," says the festival's artistic director Vilém Spilka. The quartet has just released their  fresh album Come What May, which loosely follows on the band's golden era with Beyond and Passage of Time.

“The 2020 season will offer a mix of festival premieres and returns. For the first time, we welcome Lizz Wright, Joshua Redman and Bill Frisell. During the creation of the program, even after nineteen years, we have managed not to repeat it. This will be confirmed by the concerts of returnees Pat Metheny, Avishai Cohen and Chris Potter, which will be presented to the festival visitors in completely different contexts,” adds Spilka. Pat Metheny will return to the festival eight years after he performed with his Unity Band in Brno. This time he will appear as part of a more intimate three-piece line-up called Side-Eye at the Sono Centrum. The bassist and singer Avishai Cohen is a frequent guest of the JazzFest in Brno, and at the same time a perfect demonstration that genre boundaries are nowadays a long-outdated concept. This time, however, he will set off for the festival in the purest jazz shape and in a festive line-up. His trio features pianist Shai Maestro and drummer Mark Guiliana, with whom he recorded his groundbreaking album Gently Disturbed. Saxophonist Chris Potter will also return to Brno after three years, whose trio will be extended by guitarist Bill Frisell. The joint concert of Chris Potter and Bill Frisell will take place on 24 March at the Sono Centrum, with pianist Craig Taborn and drummer Eric Harland as a supportive tandem behind their backs.

Avishai Cohen regularly returns to Brno with projects of various types. He remains most authentic, however, with his chamber jazz trio. This year he arrives with a formation that is considered the strongest of all time: Drummer Mark Guiliana and pianist Shai Maestro will play alongside him. Avishai Cohen has been able to win the hearts of many fans in Brno over the past fifteen years with concerts moving across genres on a varied layout, from a symphonic project to a 1970s pop-jazz line-up.

However, he managed to break through among the jazz elite particularly with the trio line-up. With Guiliana and Maestro they recorded the album Gently Disturbed in 2008. Avishai is now returning to Brno with this line-up and repertoire. Innovator Mark Guiliana behind the drum kit and phenomenal Shai Maestro at the piano will remind us of what Avishai Cohen's music is all about – fantastic sound, precise interplay, complicated but exciting polyrhythms and grooves, romantic moods of compositions, individual virtuosity fully utilized for the needs of the whole band. This is the Gently Disturbed trio, which meets only in exceptional cases and will have its premiere appearance in Brno. The reason this time is not only the concert in Brno, but also Cohen's 50th birthday, for which his management gave him a unique series of 50-50-50: fifty concerts in fifty countries on all continents. And the only one in the Czech Republic at the JazzFestBrno festival.

The main part of the festival will end on 3 May at the Janáček Theatre in Brno with the premiere of Lizz Wright. Wright entered the jazz scene with esprit of herself at the beginning of the millennium when she recorded her debut Salt, still admired up to these days. Since then, five other highly regarded albums have come to light. With the growing share of her own production, the artistic truth of Lizz Wright is increasingly revealing, and its inimitable ability to mix original colour from a musical palette with space for gospel, folk, jazz, pop and blues is increasing. Wright will appear together with the Brno Philharmonic and the Baroš-Dorůžka-Šoltis rhythm section.

On 9 June, the Sono Centrum hosts a concert by Pat Metheny. This guitarist and songwriter is mostly associated with the popular Pat Metheny Group. However, the musical presence of this twentyfold Grammy holder is mainly reflected in his Side-Eye project, which presents great musicians of the upcoming generation on the bandleader's side. Metheny gives space to keyboard player James Francies and drummer Marcus Gilmore. Metheny's support for younger colleagues has already become legendary, redeeming the popularity he received from the older generation in his young age.

Organisers will publish the full program of the 19th festival in January.