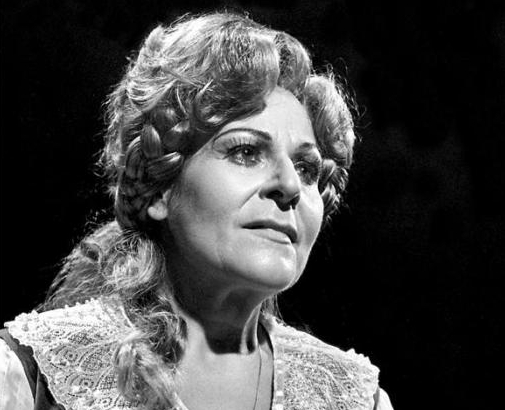 The acclaimed soprano Naděžda Kniplová died at the age of 87. Former soloist of the National Theatre and the State Opera in Prague, she also performed in the Brno Opera between 1959 and 1964.

The opera singer and teacher Naděžda Kniplová was born in Ostrava in 1932, where she also gained the basics of music education thanks to her father –  director of a music school. Later she graduated in singing from the Prague Conservatory and HAMU. From 1957 she performed in a theatre in Ústí nad Labem, later in the State Theatre Brno. At the Brno Opera she played the role of Emilia Marty in the opera production The Makropulos Case (1962) or Renata in The Fiery Angel (1963), which the theatre also staged in Prague at the Sergei Prokofiev Opera Festival. From 1964, Kniplová was a soloist of the National Theatre in Prague. It was there that she appeared as a distinctive representative of roles from the Wagner and Janáček repertoire. For example, the roles of Ortruda in Lohengrin (1964) or Brünnhilde in Die Walküre (1972) ought to be mentioned. One of her great achievements was her rendering of Kostelnička in Jenufa. In addition to performing in the theatre, she also devoted herself to teaching and in 1991 she started teaching at the Academy of Performing Arts in Prague.