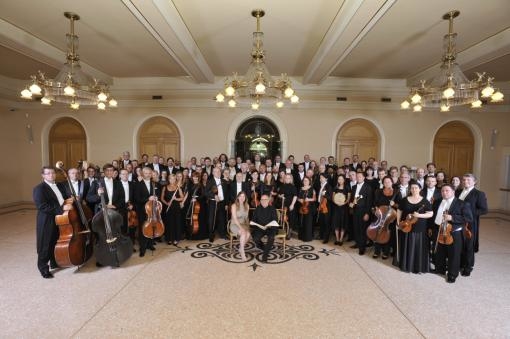 The Mendel22 Festival will celebrate the 200th anniversary of Gregor Mendel’s birth. And since music was important for Abbot Mendel himself, and for the entire Augustinian Order, it will also play a crucial role in the festival program. Music will be performed in several places that are inextricably linked to Mendel and the Augustinians in Brno. The Brno Contemporary Orchestra, the Brno Philharmonic Orchestra and the Czech Philharmonic Choir under the direction of chief conductor Dennis Russell Davies, Ensemble Opera Diversa and Musica Figuralis will all perform. The festival will also include the premiere of Mendel’s opera Magnum Mystérium by Miloš Štědroň.

Historically, several composers have emerged from the ranks of Brno students and religious, including Leoš Janáček. The Augustinian library and the collection of music are extensive and there is still much to discover. However, Mendel continues to inspire today and new musical works are being created especially for it. “Between 20 and 24 July, come and immerse yourself in the musical world of the Mendel22 festival, in the world of baroque and even older music, as well as music composed in the 20th century, and even music composed for this year’s bicentenary,” invites Jakub Carda, director of the organisation Společně, which is organising this year’s celebrations.

The music festival will begin on Wednesday 20 July at 7pm at the Church of St. Augustine with a concert by the Brno Contemporary Orchestra. “With one exception, the concert will feature compositions by composers who lived at the time of the church’s founding. They will be performed by the Brno Contemporary Orchestra, a specialist in the interpretation of these works. You can look forward to compositions by Messiaen, Dallapicolla, Enesco, Ligetti, while contemporary composers and Brno are represented by Pavel Zemek Novák,” says Vladimír Maňas, the dramaturge of the musical program.

The musical line of the Mendel22 festival continues in the monastery basilica on Mendel Square with the Musici Figuralis concert. There will be a modern premiere of Josef Puschmann’s Requiem, which commemorates the deceased religious men and women of the Augustinian and Cistercian monasteries. Puschmann, born in 1738, studied with the Augustinians in Brno, from where he later embarked on a career that began in the service of Ignatius Dominic Count Chorynsky in Velké Hoštice. Towards the end of his career, he became chaplain of the Olomouc Cathedral. During his tenure, the cathedral choir achieved great acclaim. He composed over fifty church and instrumental works in the early classical style. “His setting of the funeral mass will be performed by the ensemble Musica Figuralis, which also performed the modern premiere of Puschmann’s Psalm Miserere in C minor at this year’s Easter Festival of Sacred Music and at the festival’s opening concert,” adds Maňas.

This will be followed by a concert in the Basilica, featuring the Brno Philharmonic Orchestra and the Czech Philharmonic Choir under the direction of principal conductor Dennis Russell Davies. The program will include Janáček’s Glagolitic Mass and a brand new composition by Armenian composer and Janáček admirer Tigran Mansurian Orhnerg – Nahapet Bari, or Hymnus – The Good Captain. The concert is thus held under the auspices of the Armenian Ambassador. This concert will be live streamed to the whole world, and at the same time directly outside the Basilica. “It is a great honor for us to play the Glagolitic Mass during such a solemn event. We invite all people to come and enjoy it either directly inside the Basilica or in front of it, where it will be broadcast in the highest quality sound and video,” invites Marie Kučerová, director of the Brno Philharmonic.

In the Museum of the Old Brno Abbey at the Rubens’ painting of St. Augustine, a concert of the Academy of Early Music students will take place, presenting the results of the master classes conducted by Dagmar Šašková. Another musical entry will take place in the courtyard of the monastery next to the basilica with the world premiere of the new opera Magnum Mystérium about Mendel by this year’s jubilarian and Brno patriot Miloš Štědron. It will be performed together with the author’s other opera, Palacký’s Mournful End, by Brno’s Ensemble Opera Diversa. The performance will be preceded by a personal introduction by Miloš Štědrona.

Later that day, the musical program will continue in the Baroque Hall of the Moravian Gallery in the Governor’s Palace, the original seat of the Augustinians in Brno, with a concert from a newly discovered manuscript from the monastery’s estate, performed by the leading Czech-French singer Dagmar Šašková and her colleagues. “We will hear music that several centuries ago was played in the cells of the monks as part of their private entertainment,” says the dramaturge of this part of the celebrations, Vladimír Maňas, who is otherwise the traditional dramaturge of the Easter Festival of Sacred Music, organized by the Brno Philharmonic.

The entire Mendel-Augustinian festival will end with evening choral vespers performed by the St. Michael Gregorian Schola in the basilica on Mendel Square.

21 July 19:00, Basilica of the Assumption of the Virgin Mary

24 July, 17:00, Baroque Hall of the Moravian Gallery in the Governor’s Palace

The program will end with evening choral vespers in the basilica