Městské divadlo Brno revealed its titles for the upcoming season 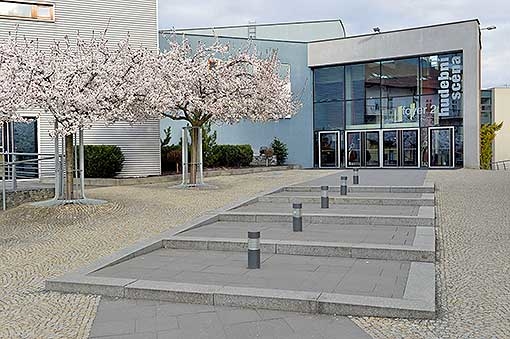 Městské divadlo Brno [MdB, Brno City Theatre] presented the titles it is preparing for the 2020/2021 season. The Music Scene is anticipating musicals such as Pretty Woman, Jane Eyre and a fairy tale Sněhurka a já [Snow White and I].

The upcoming MdB season includes eight premiéres - five drama pieces and three musicals. Every musical production will be created by a different director. Hence, from autumn to spring Stanislav Moša, Petr Gazdík and Stanislav Slovák are going to take turns at the Musical Scene.

In 2014, J. F. Lawton, author of the film scenario,  decided along with director Marshall to adapt the popular story for theatre. Although Marshall died in the process, the producers continued, being convinced that Garry himself would have wanted to do it that way.

In order for a musical theatre title to be created, they asked Bryan Adams and Jim Vallance to do the composing of the music and songs that were added to the story.

These musicians were chosen because they were rooted in the 1990's to which the story is strongly related and whose atmosphere it describes so greatly. Pretty Woman had its premiere in Chicago in 2018 from where it soon moved on to Broadway and now is awaiting its premiere in London in the spring 2020.

Jane Eyre (a musical based on the famous eponymous novel; the Czech premiere)

In her most famous novel (1847) she described her experiences not only from a girls' school in Cowan Bridge. The story of Jane Eyre, orphaned girl who had to struggle on her way to luck through a life full of hardship and horrific events, impresses readers from the very beginning. No wonder that it has been made into many TV, film, and finally also theatrical remakes. The musical version also narrates a romantic love story of Jane and Edward Rochester alongside all the almost horror-type  lines of the well-known story. Helen, the closest friend of the adolescent Jane, dies, but Jane learns from her that the worst injustices can be faced with forgiveness. Thanks to that maxim, she finally meets the luck she deserves.

The world premiere of the musical took place in 1996 in Canada, then it made its way to Broadway four years later. It was nominated for the Tony award five times and it had over two hundred reruns. The music and song lyrics were written by the experienced American composer Paul Gordon. The libretto was written by the English playwright and director John Caird who also received, among others, a Tony award for his directing of Les Miserables in 1987.

Sněhurka a já ("Snow White and I" – a fairy tale for the whole family; world premiere)

A new fairy tale musical features the elements of everything that can be called theatre for the whole family, in the positive sense of the word. Thanks to the brothers Grimm's fairy tales, upon which the authors based their story, we can meet our favourite heroes, characters and beings that cope with the truly thrilling story with the necessary amount of humour and hyperbole. In fact, the imaginary saviour of the fairytale kingdom finally turns out to be two befriended teenage girls.

A co-author of the script is Philip LaZebnik who wrote, among others, scripts for the cartoons such as Pocahontas, Mulan or The Prince of Egypt.

The captivating  music was written by talented young composer Pippa Cleary whose mentor is Claude-Michel Schönberg, composer of the phenomenal Les Miserables.

Advance sales for the upcoming season start on 9  April 2020.