Metronome Blues: Garden Of Eden is released on vinyl by Kabinet Records 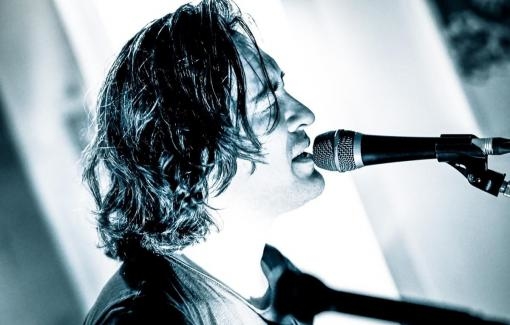 Metronome Blues are sending their album Garden Of Eden out into the world. They will release it in their domestic Kabinet Múz (Cabinet of Muses), where they will also present their new line-up. Garden Of Eden is the fourth serial album of the band Metronome Blues. It was released digitally in the spring of 2020 during "lockdown" in New Zealand. Its vinyl version will be released in October by the Brno label Kabinet Records.

The ironic name Garden Of Eden (in Czech: Rajská Zahrada) was chosen as a reaction to everything that surrounds us at the moment. "Even in the midst of chaos and uncertainty, we must remember that we live in paradise, we just need to realize the fact more often. ‘Lockdown’ revealed some alternative ways of life that made us re-evaluate our situation. Getting stuck in New Zealand made me realise that. The empty golf course on the cover of the record has therefore become our new Eden,” explains Rhys Braddock. The album was recorded and produced exclusively by Braddock. It contains songs that were created in his studio in Brno and two more recent ones that he recorded in his parents' garage during the ‘lockdown’ in New Zealand. The Garden Of Eden thus indicates the human need to stay creative in bad times. It will be released in Kabinet Múz in Brno, where a new international line-up of Metronome Blues will be presented: drummer Peter Kušnirík (Slovakia), bassist Dylan Vance  (Canada) and guitarist Robin Smith  (Scotland). The Brno bands VDYD and Guilty Echoes have been invited by Metronome Blues to the release of the record as guests.

A surprise for Metronome Blues fans is a new EP, Exploded View EP, which will be part of a limited edition for the first 100 pre-orders of the Garden of Eden vinyl and which will not be officially released until the end of October. The release is scheduled for 14 October 2020 from 8:00 p.m. in Kabinet Múz.