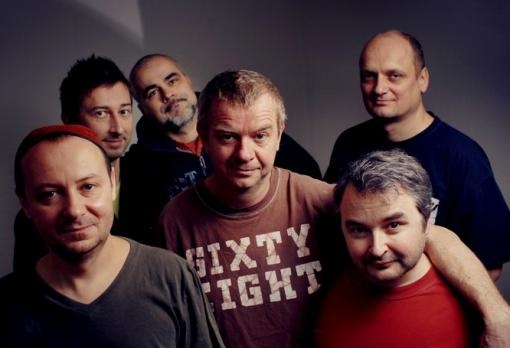 The band Mňága a Žďorp will bring to Brno their new recording entitled Třecí plochy [Friction Surfaces]. Guest musicians on the album are singer Jitka Andrášková and keyboard player Milan Nytra, both of whom will attend the Brno concert at the Fléda club.

Mňága a Žďorp  released their fourteenth serial album under the title Třecí plochy [Friction Surfaces]. "It's about relationships between partners. There are friction surfaces in them all the time. At the beginning, it is usually delightful, but later it quite frequently gets complicated," explains frontman Petr Fiala  for iReport. The new album was released by the band under their own label Surikata Records.

The group repeated their cooperation with producer Milan Cimfe on the new album. "I know it is enough to finish the songs on our side as far as possible and then hand them over to him for processing, listen to his advice, maintain our own integrity and everything will turn out well," comments Fiala on the cooperation. A number of guests appear on Třecí plochy. Among those who regularly perform with the band there are keyboard player Milan Nytra, a former member of the group Buty, and singer Jitka Andrášková. Luboš Novotný  from Druhá tráva and the wind section of the band Brass Avenue band also appear on the record. The concert is announced to take place on 16 April at 20:00 at the Fléda club.