Monkey Business and J.A.R. are in for a joint concert at Špilberk Castle 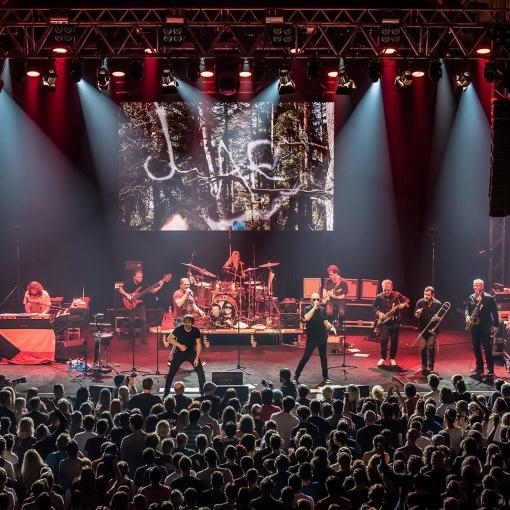 The large courtyard of Špilberk Castle will host a double gig of the bands Monkey Business and J.A.R. in May this year. The concert is being prepared by the Fléda music club.

The band J.A.R. recently celebrated thirty years since its founding, and this year it will be twenty years since the first concert of Monkey Business. Both groups are connected mainly by the personality of their bandleader and resident composer Roman Holý. Monkey Business are characterized by a playful 1980s sound, the sound of Hammond organ played by Roman Holý and Otakar Brousek Jr. In recent years, a new vocal tandem Ruppert-Černochová joined in. The ten-headed formation J.A.R. offers a harder sound, experimenting more often and using many genre patterns. Their inseparable part is the rapping couple Klempíř-Viktořík, the jazz section led by Robert Balzar and the voice of Dan Bárta. Monkey Business & J.A.R. will appear on 15 May 2020 at 7:00 pm in the courtyard of Špilberk Castle.

The above mentioned bands have a number of music awards on their accounts. In March 2018, J.A.R. turned three out of four nominations into victory (Anděl for the album, the group and the song of the year), related to their  studio recording Eskalace dobra [Escalation of Good] from 2017. In 2019, its remix version called Eskalace bobra [Beaver Escalation] was released, in which a number of Czech musicians (Midi Lidi, Mucha, PSH, Baumaxa, Mňága and Žďorp, Bára Poláková and others) participated. Thanks to their studio recording Bad Times For Gentleman (2018), Monkey Business have not only become the band of the year at the Anděl Awards, but also reached the top place in the Žebřík listeners' poll.