Monkey Business returning to Brno in May. This time with Tereza Černochová 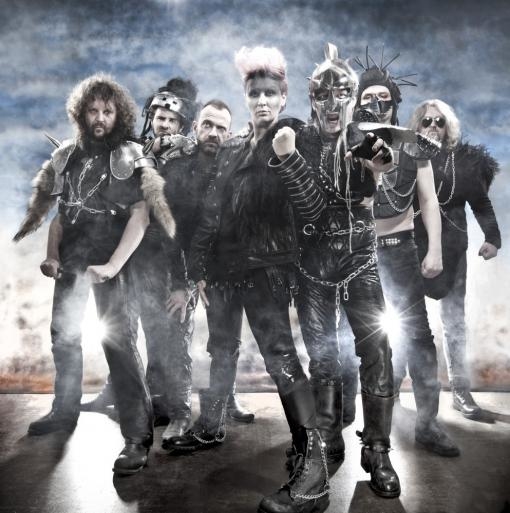 Monkey Business, the fresh Anděl Award winning band, hit the road for a spring tour as a promo to their recent album Bad Time for Gentleman. This time they will be accompanied by vocalist Tereza Černochová.

Monkey Business launched their current album to Brno already in December, when former member of the band Tonya Graves replaced the injured singer Tereza Černochová. The spring tour will see the band already in their full line-up. “It's hard to avoid clichés when a press release is to be written. How to invite people to concerts in a smart way is almost a job for experts. To take it in short – boredom aside and no silly small talk. Well, straight to the point, my dearies. You will find out in a little while that we are touring clubs and will show you a lot of wonders. We start playing in February and visit many regions. We worked hard, especially notes, rhythm, majors and minors. We will play both old pieces for girls and their lads. We will also play tracks from the new album, with a heart and above all nicely. You will have yours, that thing is sure, whether you are a Turk or a Jehovah's Witness” says Pavel Mrázek, Monkey Business bass guitar player.

The concert is announced to take place on 18 May at 20:00 in Fléda music club.

The ninth serial album of Monkey Business was created over almost three years, and this time, the band's leader Roman Holý is mainly behind it as regards the music. The band reminded both fans and music critics of its existence with a long-awaited album release, and thanks to it, it received two titles in the category Group of the Year 2018. Firstly, in the form of the Anděl sculpture from the Czech Academy of Music and three days later in the Žebřík poll conducted by the iReport magazine. "It's awesome. Anděl is the price we got from jurors and music professionals, but this is great for us in that after 19, almost 20 years of our existence, we were remembered by people who voted for us, and that's just incredible,” said Matěj Ruppert to the iReport editor immediately after the Žebřík awards ceremony.