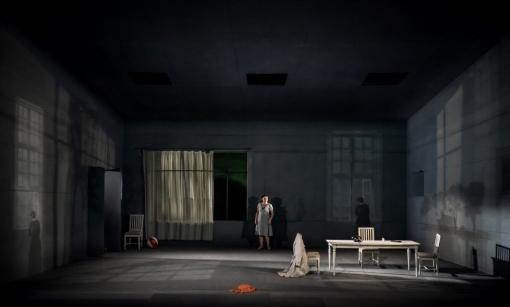 David Radok's opera production Three fragments from Juliette / The Human Voice is in for its last performance. You can see it only two more times at the Janáček Theatre.

The extraordinary combination of works by Bohuslav Martinů and Francis Poulenc, directed at the Brno opera by David Radok, will only be available for viewing on 18 and 20 January 2020. "The common denominator for Juliette and Poulenc's Human Voice lies in two things: illusion and time. The illusion lies in the fact that we create an illusion about the people we meet, the people we fall in love with, the people we live with, but we also have our own illusion about ourselves," says director David Radok about his production. The performance premiered at the end of last season, and will now return to the Swedish Opera in Gothenburg, which participated in its creation. The title role will be performed by Jana Šrejma Kačírková.