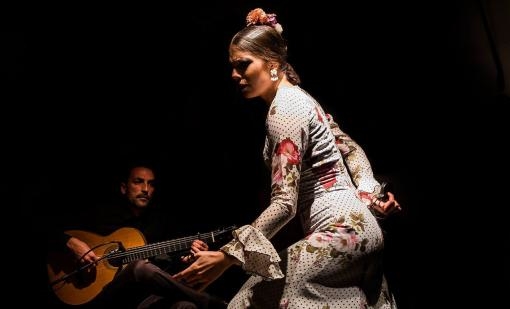 The Ibérica Festival of Ibero-American Culture released its programme today. It is traditionally full of music, dance and gastronomy. Cristina Aguilera and Diego Guerrero will perform during the gala concert.

At the end of June, Brno will resound with dance, music and theatrical performances.  There will also be a gastronomic fiesta, creative workshops, and an exhibition of Ibero-American films or a travel lecture. Most of the festival programme will take place from 24 to 30 June in Brno, but as always, Ibérica will also come to Prague. The final gala concert is announced to take place on 28 June in the large courtyard of the Špilberk Castle.

The culmination of the festival programme will again be an open-air gala concert in the Špilberk Castle courtyard. The local The Stage  will be dominated this year by flamenco dancer  Cristina Aguilera and guitarist and singer Diego Guerrero.  "Love and sorrow, hearts filled with desire as well as those broken. Flamenco is a pure emotion and dancer Cristina Aguilera can convey it with a thrilling passion,"  says the festival  dramaturge Petr Vít. Cristina Aguilera, a  dancer from Granada, represents the youngest flamenco generation. Aguilera already won the first prize in the Desencaja Young Flamenco Artists Competition in 2015. She also represents the position of a flamenco prima ballerina in the prestigious ensemble Ballet Flamenco de Granada. No less successful musician Diego Guerrero will appear in the second half of the gala concert. This Spanish guitarist, composer, singer and arranger studied music composition and orchestra music at the conservatories in Córdoba, Granada and Seville, but he also devoted himself to flamenco, and in his compositional and arranging activities he continues to move its boundaries further towards other musical genres. In 2013, he released his debut album Vengo Caminando, which was nominated for the Latin Grammy Awards in the "Best Flamenco Album of the Year" category. In his quartet, additional leading musicians of the flamenco scene appear: percussionist Nasrine Rahmani, keyboard player José María Pedraza and bass player Pablo Báez.

The festival also features  creative workshops and master classes, for which applicants can sign up for through the festival website. Creative workshops will take place at the Lužánky Leisure Time Centre (SVČ) , including flamenco, tango and salsa lessons. Musicians will also get their lessons in playing flamenco guitar or percussion. The accompanying programme will offer a gastronomic show at the Old Town Hall, complete with musical shows and dance performances. There will also be a screening of Spanish and Ibero-American cinematography at the Kino Art cinema in TIC Brno on Radnická Street. People interested in South American culture can look forward to a lecture on Venezuela by the mountaineer and adventurer Peter "Beck" Ondrejovič, who as one of the first made a descent from the world's highest waterfall Salto Angel in Venezuela.

Cristina Aguilera / photo from archive of the festival