Novák 100 concert with the Brno Philharmonic live on Czech Radio 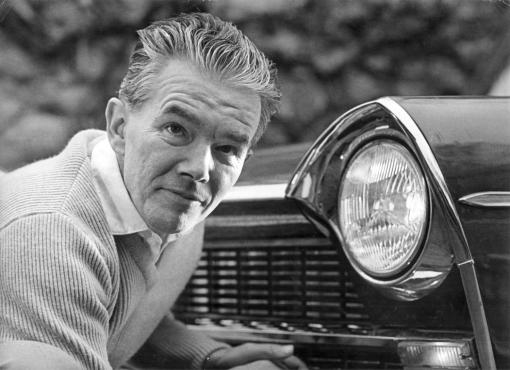 The concert for today by the Brno Philharmonic entitled Novák 100 comprises three works by authors linked to Brno – Erich Wolfgang Korngold, Jan Novák and Leoš Janáček. With Dennis Russell Davies, Chief Conductor, conducting, the programme shall be broadcast on the Czech Radio Vltava.

All three composers are connected with Brno, albeit in different ways. One left the city aged four years old, another after 1968, while the third arrived as an 11-year-old and spent most of his life producing works in Brno. Korngold is renowned globally for his film scores. Novák is still awaiting his share of accolades. Meanwhile, Janáček is the most played Czech composer of operas in the world.

Pieces by them are being broadcast live today as part of a concert, on 1 May, at 7 p.m. on the Czech Radio Vltava. “If the pandemic hadn’t occurred, the performance would’ve taken place in front of an audience at the Janáček Theatre. Under such a circumstance the programme would’ve comprised Mahler, Ravel along with Novák. However, we had to change it because of complexities involving the choir, though the primary reason was to make it more suitable for radio. The main point was to include Novák since this year marks the centenary of his birth”, commented Marie Kučerová, Director of the Brno Philharmonic.

Janáček’s Adagio for orchestra shall start proceedings, under the baton of Dennis Russell Davies, Chief Conductor. Incidentally, the same composition was played by the Brno Philharmonic at what was its last concert in front of a live audience, at the Janáček Brno festival on 11 October 2020. From the very next day, only streaming was possible. “This rather overlooked work, which is quite limited in size, was unearthed by Břetislav Bakala, a pupil of Janáček and later the first Chief Conductor of the Brno Philharmonic, who came across it in a traditional chest decorated in the local style of Slovakian Moravia, along with the opera Šárka. Essentially a ballad in character, emphasised by the choice of D minor tone, probably stems from Janáček’s experience of dealing with the death of his son Vladimír”, said the Programme Director of the Brno Philharmonic, Vítězslav Mikeš.

Janáček is to be followed by Jan Novák and his Ludi symhoniaci in which the influence of his mentor Bohuslav Martinů is evident. “We certainly didn’t wish to omit Novák from the programme. After all, this under-appreciated composer of Brno, who was born a century ago on 8 April, is going to feature heavily in this year’s Moravian Autumn (Moravský podzim) festival,” Mikeš pointed out. Novák’s symphony is a playful, neoclassical piece, fully corresponding with its title (Symphonic Plays – Symfonické hry), which contains hints of the influence of Novák’s teacher Bohuslav Martinů.

The live broadcast will close with Korngold’s Symfonie in Fis (Symphony in F-sharp major), a late, romantic work in the Mahler style. A native of Brno, who as a gifted child composed music for a ballet when just eleven years old, he found fame across the world for his film scores. The work being played is his only symphony.