Opera on the Road is preparing its premiere. It will also stop in Brno 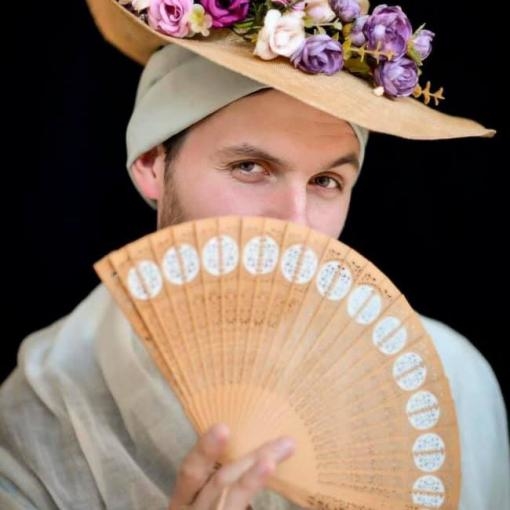 The travelling opera company Opera on the Road, which has been producing opera performances since 2012 and travelling with them around cultural "suburbs", is preparing a new premiere of a comic opera called Les Amours De Ragonde or Every Woman Wants   Love. It will be presented at the castle theatre in Valtice and in the garden of the Jurkovič Villa in Brno. The title roles feature Andrea Široká, Roman Hoza and Josef Škarka. The ensemble Concerto Aventino will take care of the music accompaniment.

The Baroque comic opera Les Amours De Ragonde or Every  Woman Wants Love  has a total of 3 acts, but lasts only an hour. The opera love knot is unravelled here with a joke and French charm and mainly in a dance rhythm. The author is the French Baroque composer Jean-Joseph Mouret (1682–1738), one of the first creators of the French comic opera. His work Les amours de Ragonde, where the main role of the widow Ragonda is unconventionally entrusted to a male baritone singer, was written in 1714 for the noble society of Duchess de Maine. After its performance at the Paris Opera, it became very popular and remained on the repertoire for many years. Eventually, the piece and its author, as well as many other Baroque operas, were forgotten, but even a three-hundred-year pause did not take away any humour and quality music.

The premiere of Les Amours De Ragonde or Every Woman Wants Love is announced to take place on 31 August from 19:00 at the castle theatre in Valtice and on 7 September at 19:00 in the garden of the Jurkovič Villa in Brno.

The ensemble  Opera on the Road was founded in 2012 and stands behind three opera lovers who have connected their (not only) working life with the opera: Patricie Částková (dramaturgy), Jana Janulíková (marketing) and Tomáš Pilař (director). Their objective is to bring the opera to places that have no opera theatre within reach and thus expand the cultural offer for music and theatre lovers in the regions. The ensemble emphasizes high artistic quality of every production and innovative dramaturgy. It engages reputable artists and ensembles, actively seeks after young artists and gives them the opportunity to perform. Part of their work is an offer of educational programmes in the field of opera for children, young people and adults, because only an educated spectator can fully enjoy an  opera performance.

Concerto Aventino is an ensemble focused on performing European music of the 15th – 18th centuries with period instruments. The ensemble's foremost interest is to present programmes and projects that reveal the often less known face of European music from the late Middle Ages to the Baroque. Since 2009, Concerto Aventino has created a series of projects focusing on key moments in the development of European Baroque and Renaissance: "European Connections" (orchestral music by J. F. Rebel, G. Muffat and J. D. Zelenka), "Vivaldi revisited" (with a cast of female voices only!) . In the dramaturgy of the ensemble, more and more attention is focused on pre-Baroque music – the programmes "Nove e curiose" and "Nell'inconstanza" present the audience with the repertoire of early Italian Baroque and the dawn of instrumental virtuosity. The ensemble also introduced several stage productions: the opera intermezzo Livietta e Tracollo by G. B. Pergolesi and the music for the comedy dell'arte Commedia nova Amorosa. Concerto Aventino does not avoid even less orthodox projects - in the framework of Czech-German cooperation, the ensemble introduced the project Explorationen-traditionen, or a combination of old music and new film. In the last two years the ensemble has performed on the dramaturgy "Sacra et concentus" (Flemish polyphony) and "Fortuna ingrata" (variations on period madrigals and motets). Recent achievements include the introduction of a complete "Codex Speciálník", based on own editing of the original manuscript.

opera in 3 acts, length 60 min, no  intermission, in French original

Roman Hoza / photo from  FB of the ensemble