Oran Etkin: Concert with Czech musicians and workshop for children 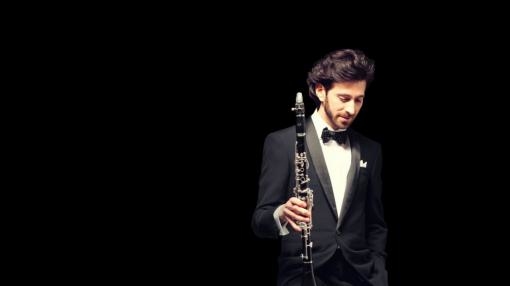 Clarinettist and Grammy holder Oran Etkin will perform as part of the Mladí ladí jazz [Young  People Tune Jazz] in the Stará Pekárna music club in Brno. The guests of the concert will be Peter Korman, Tibor Žida, Michael Grombiřík, Dušan Čermák and Roman Horváth. For the next day, Etkin is preparing a music workshop for children, which will take place using his own entertaining teaching method called Timbalooloo.

Jazzman, clarinettist and Grammy holder Oran Etkin will appear at Stará Pekárna as part of the 10th season of the “Mladí ladí jazz” festival. At the concert they will perform with an improvised line-up of several Czech musicians: Peter Korman, Tibor Žida, Michal Grombiřík, Dušan Čermák and Roman Horváth. Etkin, whose music shows influence of Africa, Far East, Europe and his native Israel, in addition to active playing is also active in teaching. His tuition is conducted by means of his own method called Timbalooloo, which works with children's fantasy and it manages to draw children into the world of music. Etkin will use this particular method at the Brno workshop at the Leitnerova Club. Etkin's interactive workshop Timbalooloo offers a totally unique approach to music education. "A child is able to speak fluently the language of music, without having to think about grammatical rules," says Oran Etkin himself about the workshop, adding "Timbalooloo is a key to the language of music." Through entertaining games, stories and songs he shows that music is joy and everyone is basically a musician. Of course, children are actively involved in the performance and do not even need to know anything about music theory or play any instrument.

The concert will take place on 1 April at 8:00 p.m. at the Stará Pekárna music club. The workshop for children will be held on the next day, i.e. 2 April at the Leitnerova Club.