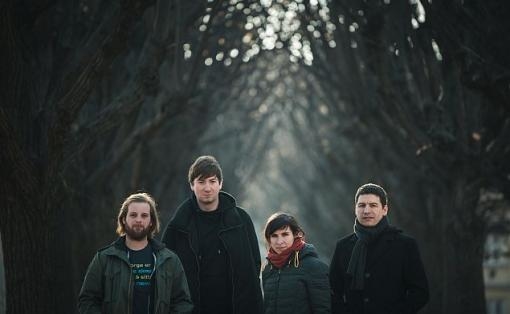 The Brno band Plum Dumplings is preparing to release their new album Jiný místo [Another place] in the Kabinet Múz. As a guest, Kittchen will appear.

The rock-alternative group Plum Dumplings recorded the album Jiný místo  in cooperation with producer Tomáš Neuwerth at the end of the year 2019. As opposed to the band's previous production, the newly recorded songs are sung in the Czech language (the last album L'épitaphe des papillons was in French). “The transition to the Czech language is in a way liberating, but at the same time baring. A lot could be hidden behind the French, and more important was rather the melody of singing and lyrics, while with the Czech I feel a much greater closeness to the listener, who can thus better identify himself or herself with the story or the feeling that the lyrics can express. At the same time, the Czech language offers me different melodic possibilities,” says the author of the lyrics and vocalist Adéla Polka for the Full Moon magazine. The album is being released on a vinyl record and also in electronic form. Its distribution is provided by the publishing house Indies Scope.

Photo from FB of the band