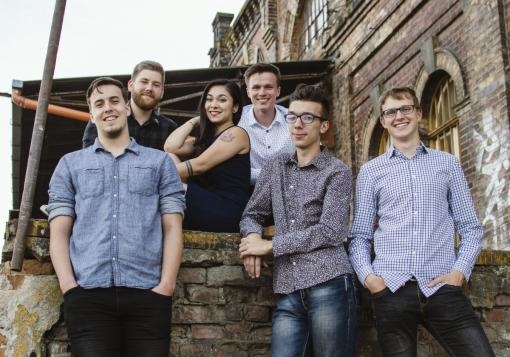 Named after the title track, the album contains tracks sung in English and Czech, each of them performed in the a cappella style. Familiar songs include Sound of Silence by Simon & Garfunkel and House of the Rising Sun by The Animals. The album is also available on Spotify, Apple Music and other online services. The singers on the recording comprise Andrea Leová (alto), Jiří Pavlačka (bari-tenor), Filip Jahn (beatboxing), Patrik Šudák (tenor), Dalibor Hradský (baritone) and Tomáš Pizúr (bass).

Their most recent music video is an a cappella cover of Next To Me by Imagine Dragons, recorded in November last year, near Tišnov.

Photograph from the band's archive