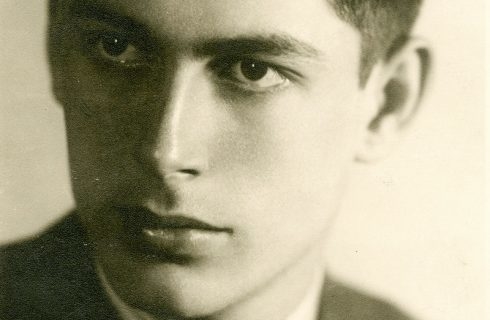 The Gido Returns Home project commemorates the 100th anniversary of the birth of musician, composer, teacher, music promoter and native of Přerov Gideon Klein. In the framework of this project, the artist will symbolically return home to his native town of Přerov and also to the places he used to love. In Brno, it will be the Löw-Beer villa, where a birthday celebration called Jazz for Gido is going to be organised; it will be followed by a concert along with a guided tour in the Stiassni Villa.

Gideon Klein (born 6 June 1919 in Přerov, died 1945 in Fürstengrube) had a promising artistic career as a musician, composer, teacher and music promoter;  his career which was forcibly interrupted by the Second World War and the Holocaust. Klein would celebrate his 100th birthday this year; particularly for this occasion, an extraordinary project is being created to commemorate the immense talent of this pianist and composer by introducing his musical works, a number of which became part of the repertoire of world chamber music ensembles, but also to let the audience learn about less well-known or rediscovered works and new compositions of contemporary Czech composers inspired by Gideon Klein's work (Daniel Chudovský and Martin Konvička). The adaptation of a cabaret show written and staged in the Terezín ghetto, through which its authors Felix Porges, Vítězslav Horpatzky, Pavel Stránský and Pavel Weisskopf bring the history of the ghetto to the 21st century, as well as a new play about the life of Gideon Klein on the stage of the Prague's Švandovo Divadlo theatre. The events will take place at the Maisel Synagogue in Prague, at the Prague Conservatory and at other important places such as the Přerov Chateau, the Löw-Beer Villa in Brno, the Stiassni Villa and the Winternitz Villa in Prague.

This project will come to visit Brno a full three times. On 14 September, a birthday party called Jazz for Gido will be held at the Löw-Beer Villa. Vilém Spilka Quartet and Austrian saxophonist Bernhard Wiesinger will undertake the music production at the event. Another event will be a musical-literary evening with a reading from the book A Letter from Gideon on 31 October in the educational centre of the Jewish Museum in Brno (street address: Tř. Kpt. Jaroše 2). This trefoil of commemoration events held in Brno will be concluded by a concert in the salon of the Brno's  Stiassni Villa, which will be accompanied by a guided tour of the house; the event is announced to take place on 2 November.

The project will also present a Czech translation of a new book by the English musicologist Dr. David Fligg "A Letter from Gideon", in which the author draws on a number of recently discovered archival materials such as correspondence, photographs, lost music and other unpublished sources. The book brings extensive textual and photographic material, new testimonies about the life of Gideon Klein, his family and friends, as well as new detailed information from the life of members of the Jewish community in Prague during the interwar period and subsequently during the Holocaust.

The whole event Gido Returns Home will start on Thursday 12 September in Přerov, at 3 pm at the local Jewish cemetery; there will be a commemorative meeting and placement of a plaque of Gideon Klein symbolizing his return to his hometown. The opening concert of the project will take place in the evening at 6 pm in the Ceremonial Castle Hall of the City of Přerov, where the world premiere of the work of the young Přerov composer Martin Konvička will be performed in addition to works by Gideon Klein. More info about the project is available here.