The album Kosecké písně captures tunes from the meadows 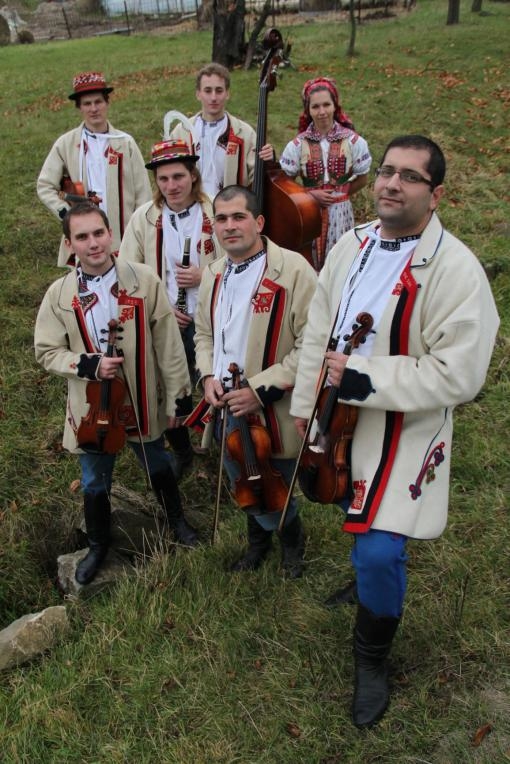 The album collects folklore tunes and songs from the Moravian meadows. After several years of work on the Anthology of Moravian Folk Music, the Indies Scope label decided to continue with a new series of folklore recordings called Malovaná truhla  [Painted Chest]. One of them is the album Kosecké písně [Mowers' Songs]. The album features Kubíci dulcimer music band from Horňácko, Women's Choir of Hrubá Vrbka, Chotár male choir from Horňácko and others.

Hand mowing of grass has already become a tradition annual event, attended by hundreds of volunteers all over the country. This helps to preserve the rare flora of local meadows. Folk songs are also returning with this mowing of meadows, which have been preserved in different songbooks. The first scythe stretching takes place in very early hours in the morning while the grass is still dewy. This is followed by raking, turning, drying and picking up the nice-smelling hay. The recording of Kosecké písně  offers a collection of compositions from three regions. Horňácko region is represented by the Kubíci Dulcimer Music Band from Horňácko, Women's Choir of Hrubá Vrbka, Chotár Male Choir from Horňácko, the Male Choir from Hrubá Vrbka and the Malané Male Choir from Malé Vrbka. Dolňácko region is represented on this CD by the Rubáš Dulcimer Music  Band and Women's Choir of the Buchlovice Folklore Ensemble. From the Wallachia region you will hear songs performed by the Soláň Dulcimer Band and the Wallachia Singing Company "Surovo drevo". The famous song Kosí Jano will also be heard several times, but always in a different regional arrangement.

The last mowing of this year will take place on 28 June 2019 on Soláň. Everyone can mow together and sing along Moravian and Slovakian folk songs.