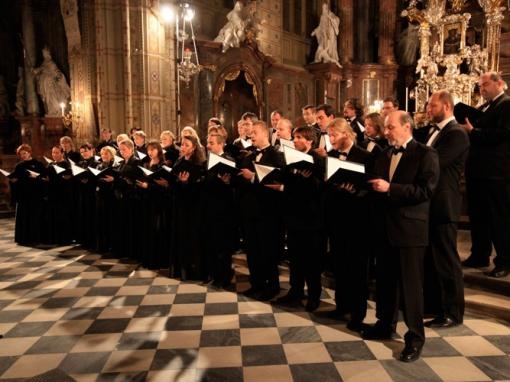 This year marks the 1100th anniversary of the death of St. Ludmila, an important personality of Czech history and patroness of the Czech lands. To mark the occasion, the Czech Philharmonic Choir Brno is preparing a concert at the venue of the Community Hall (Besední dům), featuring an oratorio by composer Petr Fiala, The Baptism of Saint Ludmila, set to a text by poet Zuzana Nováková-Renčová. Together with the Choir and the Czech Virtuosi orchestra, actress Simona Postlerová will perform.

The first part of the concert will feature an oratorio by composer Petr Fiala The Baptism of St. Ludmila, set to a text by poet Zuzana Nováková-Renčová for solo soprano, reciter, mixed choir and orchestra. Soprano singer Pavlína Švestková will be the vocalist and Vítězslav Šlahař will be the reciter. The second half of the programme consists of selected choruses from Antonín Dvořák’s oratorio Saint Ludmila accompanied by a recitation of Princess Ludmila’s speeches from Jaroslav Vrchlický’s libretto. Actress Simona Postlerová accepted the invitation to cooperate. The Czech Virtuosi orchestra will be conducted by Petr Fiala, composer, conductor and choirmaster of the Czech Philharmonic Choir Brno. The concert has been announced to take place on 24 October 2021 at the Community Hall (Besední dům), starting at 7 p.m.