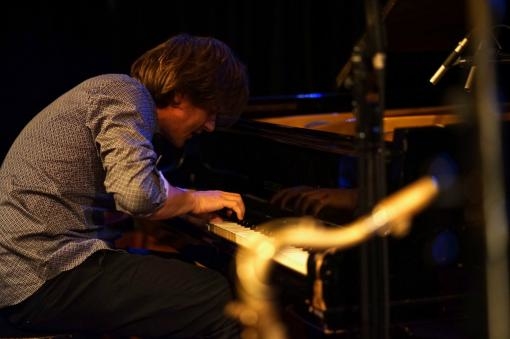 A jazz showcase festival called Central European Jazz Showcase is currently being prepared by the organisers of JazzFest Brno. This type of event is so far unparalleled in the Czech Republic. The two-day series of concerts will take place in November at the Goose on a String Theatre.

The organisers of the JazzFestBrno international festival are expanding their activities. They are preparing the Central European Jazz Showcase (CEJS) to take place in the autumn of this year. During the two-day concert show, bands from the Czech Republic and Austria will be introduced, based on a combination of selection by a jury consisting of foreign promoters after receiving online applications, and nominations from JazzFestBrno and Mladí ladí Jazz (The Young Are Tuning Jazz) festivals. CEJS loosely follows on from the competition of young jazz bands, Central European Jazz Competition, which JazzFestBrno organised in 2018 with its long-term Austrian partner Jazzwerkstatt Poysdorf. The bands will perform in front of typical showcase audiences – most of them will be delegates such as festival programme directors, journalists, and dramaturges from music clubs and concert halls. The event will also be open to the public. The objective of the event is to introduce the performing bands to foreign professionals, which will improve their chances of performing abroad.  The showcase festival will take place from 26 to 27 November 2020 at the Goose on a String Theatre (Divadlo na Provázku).

"The names of Czech jazz musicians and bands currently appearing on the programme lists of foreign clubs and festivals seem to be shamefully few; we want to help reverse this unfavourable situation. In addition, the Czech Republic has been lacking a representative jazz showcase for a long time," says director Vilém Spilka, adding: "The objective is to show our foreign colleagues that noteworthy jazz music is produced in central Europe, and encourage them not to be afraid to join our festivals."

The competition format will be preserved this time as well – the attending delegates will vote to select the four best competitors, who will eventually be invited to perform at the prestigious Pizza Express Jazz Club in London. Bands can register for the showcase from 12 May to 31 July 2020 using a simple online form. The expert jury, which is made up of both domestic and foreign promoters, will select those advancing to the second round – the showcase festival itself. The organisers will announce the results of the first round at the end of August.