The Ibérica Festival Gets Brno Dancing and Gives it Fragrance 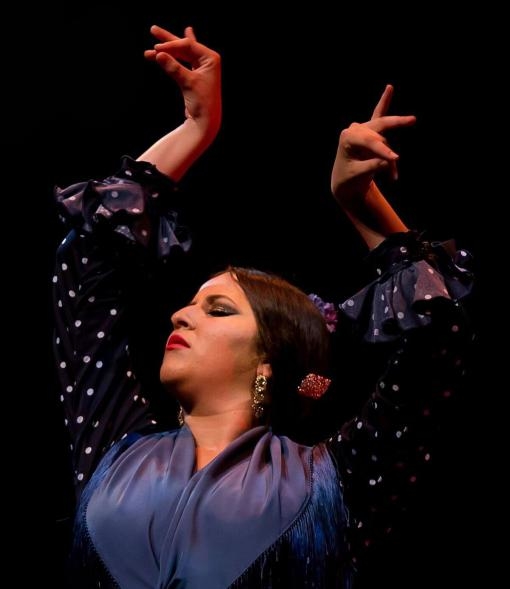 In late June and July the 15th edition of the Ibérica festival of Ibero-American culture will bring to Brno the atmosphere of the Iberian Peninsula and Latin and South America to Brno. The festival programme will offer a fiesta with music, dancing and traditional dishes at the Old Town Hall, workshops and a film festival. This year's Ibérica will open with a concert by the guitar duo Cortés & Gallardo. José María Gallardo represents the world of the classical guitar and Miguel Angel Cortés comes from the environment of the Los Cortés flamenco dynasty. The biggest stars of the festival will appear in the gala concert in Špilberk Castle Courtyard, which will present the flamenco flautist Sergio de Lope with his group and the flamenco dancer Gema Moneo. The evening will conclude with the guitarist Paco León.

The guitar duo Cortés & Gallardo excel in their brilliant technique and Andalusian feel. “José María Gallardo was the artistic advisor to Paco de Lucía during his legendary production of Rodrigo’s Concierto de Aranjuez and Paco de Lucía himself said of him with admiration that if he were to be a classical guitarist he would want to be José María Gallardo,” said the festival’s artistic director Petr Vít. This year’s gala concert is made up of two concerts. There will be a performance from one of the most renowned flamenco flautists Sergio de Lope. His group is made up of virtuoso players accompanying the flamenco dance Gema Moneo. The second concert will feature the rising star in the flamenco firmament Paco León. He is playing with his trio in Brno in his Czech premiere. Sergio de Lope will be playing at Ibérica twice. After the already mentioned gala concert at Brno’s Špilberk on 30/6 he will be performing in his instrumental incarnation with his quartet at Prague’s Jazzdock.

Aside from concerts the Ibérica Festival also offers masterpiece workshops and creative workshops. “We are happy that just like last year the role of instructor will be taken up by a star of a major star from the gala concert. The course of Sergio de Lope will of course be intended for advanced players, but there will also be courses for beginners, both in dance and music,” says the coordinator of the creative workshops Maria Cristina Roa. The range of creative workshops that will take place in SVČ Lužánky include lessons in flamenco, Latino dance, tango and bachata. Musicians will have lessons in playing the cajón, flamenco guitar or the iconic castanets. The courses will be led by instructors from previous years such as Alvaro Vargas, Virginia Delgado, Blanca Perdiguer, Dario Piga, Zulay Fonseca and David Pérez.

The accompanying programme offers a gastronomic show at the Old Town Hall, complete with musical and dance performances. There will also be the projection of Spanish and Ibero-American films in TIC Brno on Radnická street, where the organisers will be screening for example the cult film Flamenco by Carlos Saura and the historical Falling Star from Luis Miňarro. There will also be a lecture by the ethnologist and writer Mnislav Zelený Atapana on the topic of bringing up children among the Amazonian Indians. The festival will also attract visitors with an exhibition of the Columbian artist Zamo Tamay. “The exhibition of Zamo Tamay in Galeryji 9 on Lidická street will be opened by the author himself with action painting. We look forward to the work of a truly versatile artist, who expresses himself not only in terms of art, often influenced by comics, but is also a poet and a quick musical  and visual improviser,” says Vít.

Announcement of the winner of the competition Ibérica Creativa

Mnislav Zelený Atapana – Bringing up children among the Amazonian Indians