The.Switch will celebrate 15 years since the release of their debut album 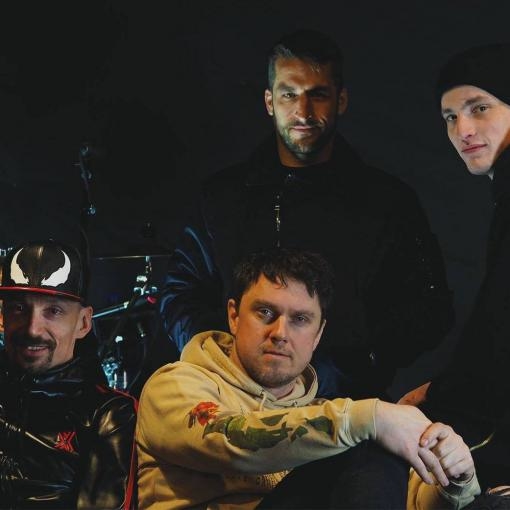 Representatives of the Czech crossover scene The.Switch will celebrate 15 years since the release of their album named Beautiful with a concert at the Fléda music club. The concert, which is part of a tour called BTFL15YRS, will also feature guest appearances of Sunset Trail and Denoi from Brno.

As part of the BTFL15YRS tour, the band will recall their hits such as Akvárko [Aquarium], Hlava Zero [Head Zero], Hon na mě [Hunt for Me] or Loveina, as well as some songs that have never been heard at concerts of The.Switch (Blackrose and Solaris). Five musicians will play Beautiful (2004) in the original arrangements and will try to create an authentic atmosphere around the turn of the millennium on stage. The concert will take place on 11  April at 20:00 at the Fléda music club.

The.Switch pay great attention to the lyrics in their work. On the last album, the lyrics moved from the decadent abstraction of Jan Jareš to a more particular  and emotional message by Tomáš Tajchner (including the author of the song Tichá – černá [Silent – Black]  by Lenka Dusilová and David Koller). Drummer Pavel Němec appeared for the first time on the eponymous album The.Switch (2016), which had rave reviews by critics and was produced in Seattle under the supervision of producer John Goodmanson.

"We have been playing for twenty years and even a couple of times before we had been flirting with the idea of making a record abroad, perhaps in Germany, but it never actually came true. It wasn't until last spring that we started to truly sincerely believe in it and miracles started to happen. Everything we're experiencing in the band right now is a consequence of our believing that it would work. When you believe, the universe begins to spin differently, you come across people who would not come otherwise, you talk differently, you react differently, you are set differently and suddenly it works," confessed Majkláč in an interview for musicserver.cz.

The band The.Switch was founded by Michal Novák (guitar) and Pavel Sovička (bass) back in 1996. Tomáš Hejlík (drums) and singer Štěpán Šatoplet joined them a year later. In this line-up, they released their debut named Beautiful (2004), the album Svit [Shine] (2006), a trilogy of experimental EP’s  Na Dosah [Within Reach] (2009, 2012) and the unplugged album OFF (2010) with a selection of the band’s best songs in acoustic form. With the arrival of guitarist Jan TJ Tuček, a maxi-single called Tětiva [Bowstring] (2013) was created. The guest of The.Switch’s anniversary  tour is Sunset Trail, an Olomouc five playing nu-metal core. In addition the domestic band Denoi, pioneers of the dance metal genre.

Photos from the band’s FB