The Vaňkovka Fest begins on Wednesday. This year with Lenka Dusilová, Mucha, and Dan Bárta 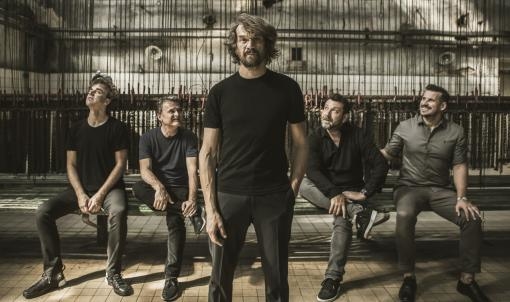 The Vaňkovka Fest is a multi-genre festival that traditionally takes place in the former crane track between the Vaňkovka Gallery and Fait Gallery. The summer festival this year attracts concerts by artists such as Lenka Dusilová featuring Květy, Mucha, Budoár staré dámy, and Dan Bárta and Illustratosphere. There will also be an evening of stand-up comedy.

The festival has been running since 2014 and its program includes concerts and stand-up performances. This year, the festival runs from 29 June to 17 July. It will open with a double concert by 20 Minutes and Ben Christovao on Wednesday, June 29, 2022 at 19:00. Admission to the entire festival is free.

On the following days, there will be an evening of stand-up comedy, featuring Adéla Elbel, Michael Szatmary and Petr Vydra. For the second year already, the dance battle has become part of the program, during which the best dancers from all over the Czech Republic will compete. Concerts will feature Lenka Dusilová together with the Brno band Květy. The concert will include songs from her album Řeka as well as a cross-section of her older works. Another representative of the Brno music scene will be Budoár staré dámy, which has been playing together since 1998. Their concert will be followed by Nikola Muchová alias Mucha. At the very end of the festival, the singer Dan Bárta will perform with Illustratosphere.