The Young Gods will bring their new album to Brno 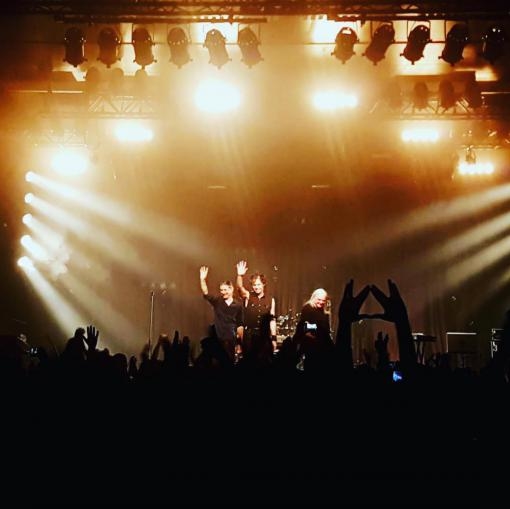 The Young Gods, representatives of industrial rock, will visit the Czech Republic once again and come to Brno. This Swiss trio will bring their album Data Mirage Tangram. This record, full of audio experiments, is now being released after a nine-year break. The band's founding member, programmer Cesare Pizzi, who has now returned to the band, also contributed to the recording of the album.

The history of The Young Gods started to be written in Geneva in 1985. It was there that the newly formed band, whose name was inspired by the early EP of related guitar stars Swans, held its first concerts. Now The Young Gods is back on stage in grand style. The original member, electronic programmer Cesare Pizzi, returned to the line-up. The new album, Data Mirage Tangram, is now being released after almost a decade also with his contribution. "It was a long break, because in 2011 two members decided to go their own way. It took us some time to decide how to move on. And then Cesare Pizzi returned,” explains singer Franz Treichler for Academy Music Group.

This Swiss trio is one of the most influential bands of the industrial scene of the last decades. Hard guitar genre icons such as Nine Inch Nails and Faith No More stem from their music. However, The Young Gods' musical work has a much greater overlap when they were mentioned by stars of the pop  scene such as U2 or David Bowie, one of the most important musical personalities ever. The music of The Young Gods themselves was, according to Treichler, influenced mainly by Einstürzende Neubauten.

The Young Gods / photo from FB of the band