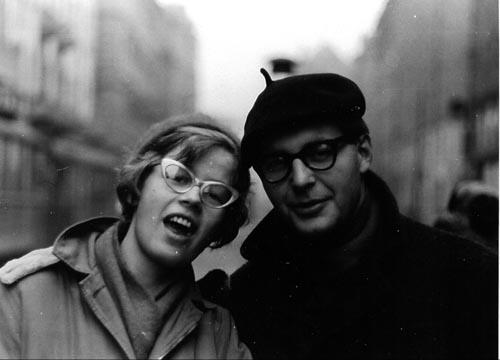 On the occasion of the anniversary of birth of Brno's native Bohuslav Woody Vašulka, who died in December 2019, a preview screening of the film Efekt Vašulka [Vašulka Effect] will take place. It will be followed by a discussion, with online appearance of his wife Steina Vašulka. The event is organized by the Centre for New Media Art – Vašulka Kitchen Brno.

Bohuslav Woody Vašulka died on 20 December 2019. Vašulka and his wife Steina stood at the birth of electronic art. The couple met in Czechoslovakia, where Vašulka studied at the FAMU Academy of Performing Arts and Steina, Icelander by origin,  got her training as  violinist. In 1965, they moved together to New York, where Vašulka began to collaborate on documentaries about theatre and dance of the underground scene of that time. The event entitled "Remembering Woody: The Brno Preview Screening of the Film 'Efekt Vašulka'" is announced to take place on 20 January 2020 from 18:00 hrs at the Kino Art cinema.

The film, which will now have its preview screening in Brno, took a whole five years to be made. It maps a number of unique archival materials, as well as how the Vašulkas are facing a shortage of funds and how they want to preserve their archives for the future. Lately, art collectors and world museums have become more and more interested in them again. The film was created in an Icelandic-Czech co-production, showing how art and society are changing with the advent of new media from the 1960s to the present. In addition to this preview, there will also be excerpts from his student films from FAMU. The event is organized by the Centre for New Media Art – Vašulka Kitchen Brno, which aims to provide professional services in presenting and popularizing the works of Woody and Steina Vašulka.

Programme:
- Introduction
- Screening of a short documentary from the 1960s
- Screening of the film Efekt Vašulka
- A commemorative discussion with online appearance by Steina Vašulka