Vladimír Maňas and his lecture on Nicolaus Zangius: musician of the late Renaissance 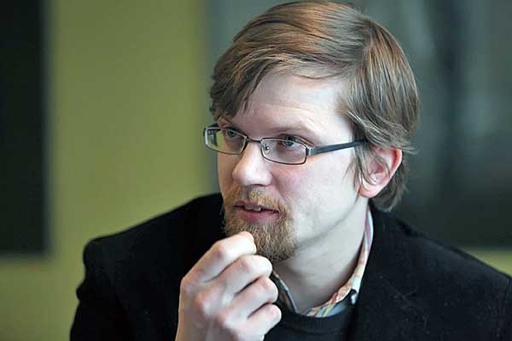 Tomorrow there will be the public habilitation lecture of Vladimír Maňas entitled Nicolaus Zangius: musician of the late Renaissance. Maňas’ book on Nicolaus Zangius and a recording of his compositions was published by Munipress and is available online.

Mgr. Vladimír Maňas, Ph.D., is a Czech musicologist, historian, choirmaster and organizer of musical life. The result of his habilitation thesis is a treatise on a musician of not yet fully clarified origin, who was active at the beginning of the 17th century as a servant of the imperial court in Prague, as a chaplain of the main city church in the Hanseatic city of Gdansk and as the founder and leader of the instrumental ensemble (music) of Charles of Liechtenstein, the Moravian governor at the time. The case study that Maňas will present does not focus only on traditional musicological topics. A detailed study of a diverse range of sources has revealed new research horizons that form the axis of the habilitation lecture: a comprehensive understanding of the role of the musician (not just as a creator), the role of music in pre-modern notions of gift and reciprocity, occasional works, the importance of contemporary inventories for understanding the role of the composer, the variety of styles of liturgical music in the early seventeenth century, and finally the building of a musical ensemble in the context of aristocratic representation. The habilitation lecture will take place tomorrow, i.e. Wednesday 10 November from 3 to 4 p.m. in Building N of the Faculty of Philosophy of Masaryk University, address: the square of Janáčkovo náměstí 2a, Brno, lecture room N41.

The book on Nicolaus Zangius and a recording of his compositions was published by Munipress. It is available online here.