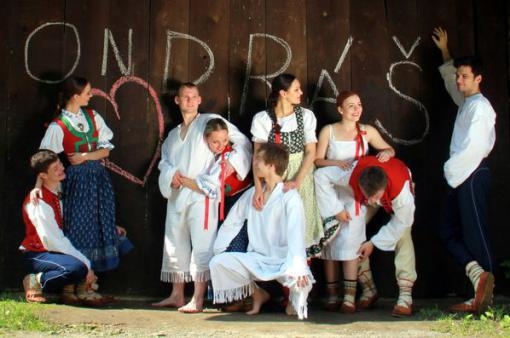 The premiere of a  new programme called  Step by Step is dedicated to the 65th anniversary of the military artistic ensemble VUS Ondráš. The programme is inspired by folklore material of Czech, Moravian and Slovak regions. The plot is the story of man from his first precarious steps, through the peak period of vitality, to the stage where his steps lose confidence. Year after year, all of his life. Alžběta Burianová took on the direction. The musical accompaniment was created by Jiří Slavík.

VUS Ondráš in this programme opens up to overlapping into different musical and dance styles, yet remains firmly anchored in the principles of traditional folklore. Dancing, as well as music, becomes a medium in which viewers are conveyed the emotions of the performers. Together with Ondráš, this premiere will also celebrate the 235th anniversary of the Military Hospital Brno. The premiere will be held thanks to cooperation with the South Moravian Region. Acknowledgments for media support go to TIC Brno, Czech Radio Brno and Radio Proglas. The premiere will take place on 13 October 2019 at the Janáček Theatre.