Zdenek Merta at the piano with Ondřej Pivec 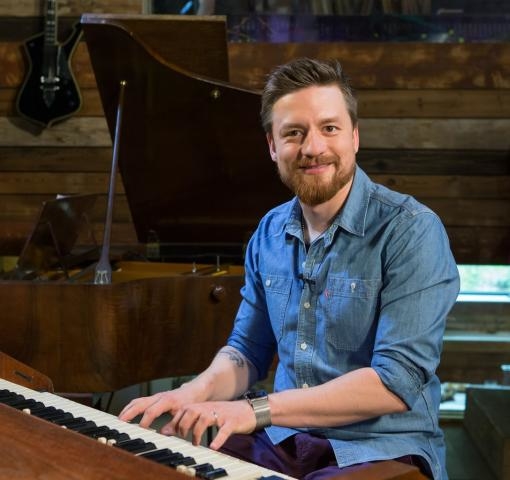 The musical evenings entitled Zdenek Merta u klavíru v Městském divadle Brno ('Zdenek Merta Playing the Piano at the Brno City Theatre') are continuing. The concert to be held in October promises Ondřej Pivec as a guest – a pianist, composer and winner of a American Grammy Award for 2017.

The first guest of the new theatre season 2020/2021 will be Ondřej Pivec, a musician, jazz organist, pianist, composer and holder of an American Grammy Award 2017. Zdenek Merta says of him: "I have known most of my good friends for years, which, as is well known, have been testing relationships and thus sanctifying them. However, I have known Ondřej only for about three years, and yet I consider him a kindred spirit. Hence, this is an exception, which I am happy about, because it is also a hope that even more significant inspirations will enter my life. And he certainly is inspiring. He went to school in Brno, started his music career in Prague and now lives in Manhattan, but he is wandering around the world a bit – as a member of Gregory Porter's band he is still away someplace. Several times he used WhatsApp to give me a live broadcast from a concert (Moscow, Frankfurt and Bangkok) and he grinned happily into the display while his hands ran over the keyboard. He's actually always cheerful, which is nice. Anyway – everything is different now. In March, Ondřej took a flight from an interrupted world tour (with the aforementioned Gregory Porter) from Paris to Prague to stay for a few days, but somehow has stayed here ever since. Well – at least we'll play together. We don't know yet what exactly, but it will be good." The evening will also be accompanied by the voices of MdB actors – Kristýna Daňhelová, Viktória Matušovová and Lukáš Janota. The musical evening will take place on Thursday 1 October 2020 from 7 p.m. on the Drama Stage of the Brno City Theatre (Činoherní scéna Městského divadla Brno).